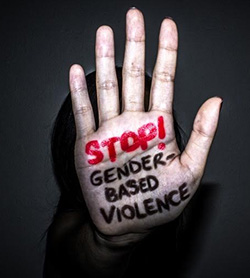 AS the country gears towards commemorating 16 Days of activism against gender based violence, Highfield based transformative arts group, Edzai Isu Trust has produced a new play on domestic violence which premieres at Harare’s Theatre in the Park this Tuesday.
The play, titled I Will So That You Will Not, will also be performed during the 16 days of activism against gender based violence as the group goes on a country-wide tour.
Written, directed  and produced by award-winning transformative artist, Tafadzwa Muzondo, the play is about a girl who reveals  during a community meeting on sexual and reproductive health rights for adolescents that an elderly man who was attempting to suppress the debate had actually abused her.
The revelation by the girl opens a can of worms and stimulates community discussions and actions on the issues she raised which are inspired by the women who stand for their rights so that no one tramples on them as allegations, accusations and counter accusations become the order of the day.
Innocent Mwapangira was the production assistant on the play, which has a team of experienced community theatre artists who include Charlotte Munyanyi, Samantha Ndlovu, Loveness Lutere, Charles Biniweri, Lovejoy Mwaoneka and Tafadzwa Muzondo.
The play, which is an innovative dramatic fusion of  music, poetry, music and dance, will only be performed once at Theatre In the Park before it goes to other parts of the country.Advertisement