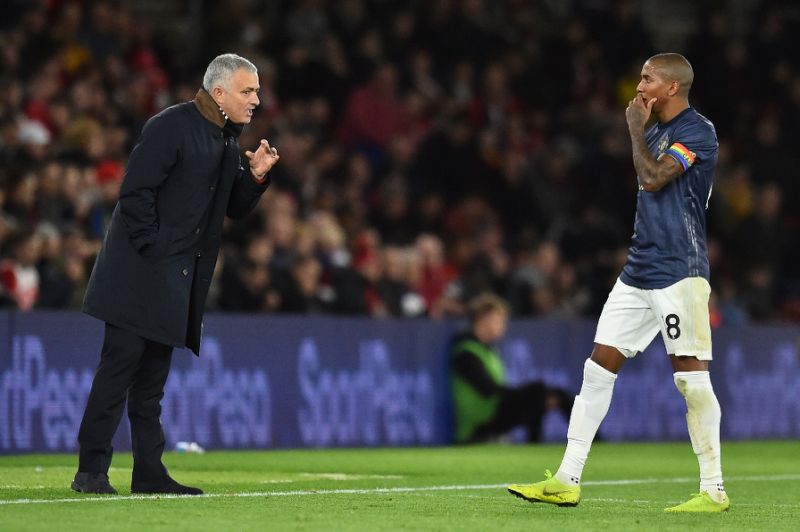 Jose Mourinho insists his Manchester United players are giving their maximum effort despite repeated criticism by him of their performances.

The 55-year-old United manager claimed any accusation his players were underperforming because they did not like him would be “dishonest”.

Mourinho has been withering in his assessment of United’s performances in their past two league matches, saying his players lacked “heart” after they were held 0-0 at home by Crystal Palace on November 24.

He then suggested there were not enough “mad dogs” in his team following last Saturday’s 2-2 draw at Southampton.

None of United’s players spoke to the media after the match at St Mary’s Stadium.

Yet there have been reports of dressing room disharmony, with Mourinho reportedly comparing France midfielder Paul Pogba to a “virus” in an angry rant at Southampton.

Mourinho has declined to comment on the latest reports of a fall-out with Pogba, and would not even by drawn on whether he thought the midfielder had played poorly at Southampton.

“Are you asking or saying? I am not going to analyse the performance individually,” he said.

“The names I gave at Southampton were the names that I chose in a positive way who showed that desire, that fighting spirit, that anger, that pride.”

Mourinho, though, would not accept his players were underperforming deliberately.

“I am not agreeing with you or saying that some players don’t want to give the maximum,” he said.

Speaking more generally, he suggested players are professional enough to continue to give their best even if they do not get on with the manager.

“If you think a player only plays when, in your words, he is behind the manager, what I have to call these players -– or, in this case, what you are calling them –- is dishonest,” said Mourinho.

“A football player is paid -– and very well paid -– to be a football professional.

“One thing is to perform well and not so well, another thing is to be a football professional.

“If you say that a player plays well or bad because of how good a manager is, you are calling the player dishonest.”

He also criticised pundits such as former United star Rio Ferdinand who have suggested this season that there may be a player mutiny at Old Trafford.

“When pundits, who were professional players, say that this player is not playing for the manager, did they do that when they were players? Were they dishonest players?” said Mourinho.

“If they were, they shouldn’t be in front of a camera speaking to millions of people.

“You analyse a player by asking: ‘Is he performing, yes or no?’ You shouldn’t go in that direction because you are calling the players dishonest.