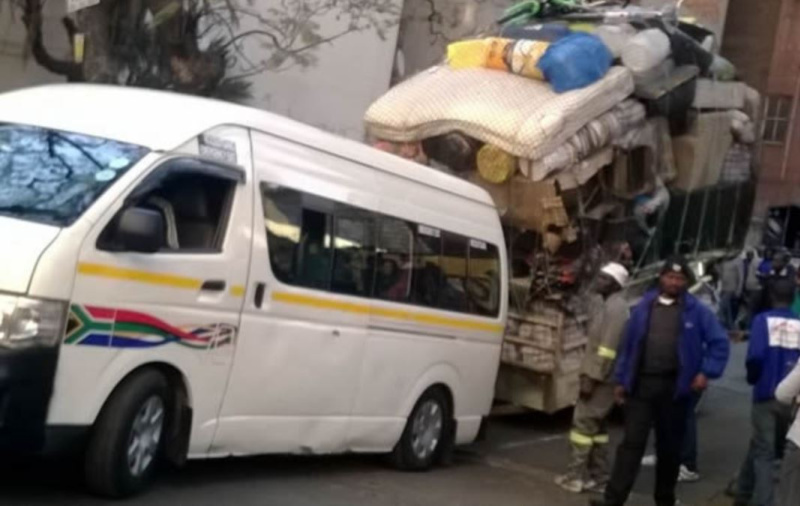 ZIMBABWEANS based in South Africa have implored authorities in the neighbouring country to allow cross border transporters to resume their operations during the current lockdown period so they could send foodstuffs to their starving dependants back home.

South Africa, the continent’s worst hit country by Covid-19, recently relaxed its lockdown regulations to Level 4 but movement across borders is still restricted.

Speaking under the Zimbabwean Community In South Africa (Zimcomsa), the country’s largest diaspora community pleaded with its host to allow ‘Omalayitsha’ to resume operations.

This, he said, shall help minimise the gathering of people when sending goods home.

“South is home to thousands Zimbabwean migrant workers who on weekly basis support their families back home through sending of groceries.

“It is recorded that the Zimbabwean economy is sustained to a large extent by migrants in the Diaspora mainly in South Africa who send remittances and groceries to families back in Zimbabwe,” said Mkwananzi.

He said when the South African government announced the closure of its borders, it recognised that trade between countries must continue with goods passing the ports of entry to the rest of the continent by allowing trucks to cross borders.

“What the South African government did not consider is that, thousands of Zimbabwean migrant workers utilise the services of couriers popularly known as Omalayitsha to transport to Zimbabwe and have no access to heavy trucks that are allowed to transport goods across the border,” he said.

Mkhwananzi said this means that families back in Zimbabwe who are dependent on the migrant workers are on the verge of starving as they no longer have access to groceries from their kins back in South Africa.

“This has seen thousands of people in cities in Zimbabwe violating lockdown regulations as they queue for basic mealie meal which is not available on the market.

“The failure by Zimbabweans to observe lockdown conditions as a result of trying to access food which is not available will also have an impact on South Africa which is also battling COVID-19.

“We think the movement of goods can only happen on a Thursday, Friday and Saturday with vehicles returning back to South Africa on Sunday, Monday and Tuesday.

“This in our view will ensure better management at the Beitbridge border post and ensure that the lockdown regulations are observed when processing those goods at point of entry.”

Mkwananzi further proposed that only drivers and single assistants be allowed in vehicles to transport the goods and follow strict hygiene directives similar to those imposed on all public transporters.

“As we all fight invisible enemy Covid 19, we must at the same time ensure that every person has access to food. South African government is known for its caring attitude and its role in international solidarity and as such, we hope for the government will consider our request,” he said.