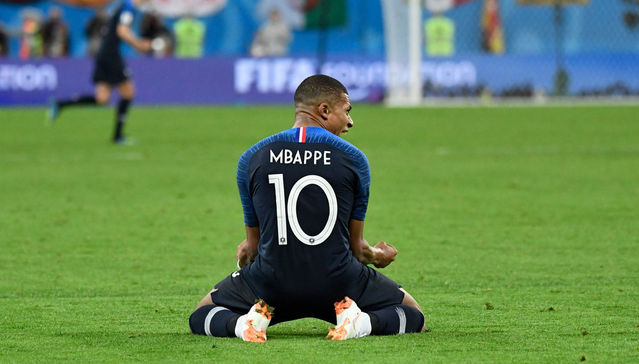 Mbappe, 19, has been one of the standout performers within the Les Blues squad who’re aiming to win their first World Cup since 1998.

And with the final against Croatia in Moscow just days away, Pogba has lauded the development of Paris Saint-Germain forward – who became the first teenager since Pele to net a brace at the global showpiece.

“Kyky is young, we know it, he knows it, but on the pitch there are no youngsters,” Pogba said in an official FIFA press-conference.

“He says he wants to win titles. He’s not being pretentious; he wants to do it. He’ll do everything to do it, he has the talent to do it.

“But it’s not bad, he’s allowed to be ambitious and I think it’s good at his age, he wants to win things.

“He’s going to learn, he’s going to grow, he’s young, he’ll get more experience, he’s already ahead for his age but he’ll keep working, I talk to him, I give him advice, but that’s his talent.

“He’s mature enough, he’s very mature for his age to understand, he understands things I didn’t when I was his age. So it’s only good things for him.”