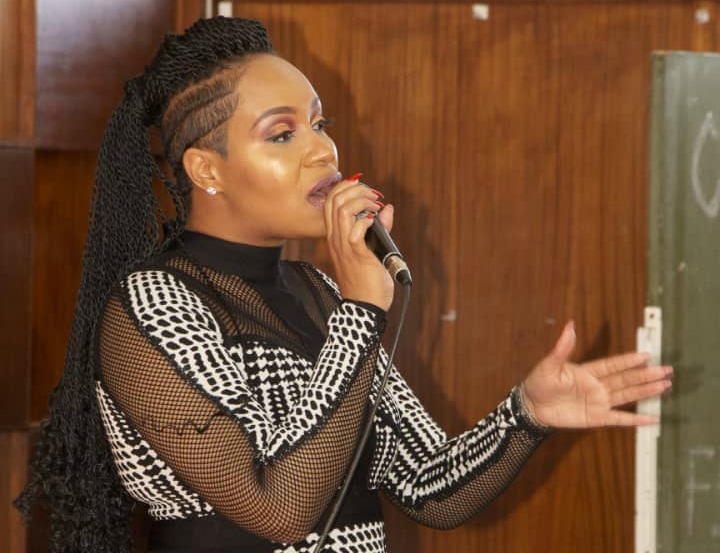 POPULAR socialite Pokello Nare says her leaked sex tape some seven years ago was the worst experience in her life.

The self-styled queen of swag said the video leak was something she never planned.

In the video, the love birds ended their business with some passionate kissing.

“That was actually a mistake,” Pokello told a group of University of Zimbabwe female students recently.

“It leaked; it was not for public viewing or public consumption.”

She was speaking at the launch of the She Roars brand, a platform that allows young women to share their success stories and offer advice on many other issues.

“It wasn’t that good, it was not worth the kind of attention it got now and then.”

Following the leak, Pokello was later chosen Zimbabwean representative to a season of the popular Big Brother Africa.

She added, “But I was able to turn around that situation and use it in my favour. So I don’t encourage young girls to do controversial things thinking it will propel them into stardom.

“Because how many people have tried it, and it has not taken them anywhere. I may be the only one you know, right?

“Most of them you don’t know; you don’t even remember them. Why? Because they died down with that controversy.”

Zimbabwe’s most followed local celebrity said she turned her controversy into her favour and managed to pick up the pieces and moved on.

“I have managed to make lemonade from lemons,” she said.

“But I am not looking at what happened 8 years ago, because eight years ago I was a nobody.

Pokello took time to warn the female students on the dangers of sharing sex tapes.

“I also want young girls to learn from my mistakes, it was a mistake, it wasn’t my fault. I wasn’t responsible on how it got out,” she said.

“But I can’t take responsibility for that part but what I can do is to be an example to young girls to say this is not how you want to make it.”