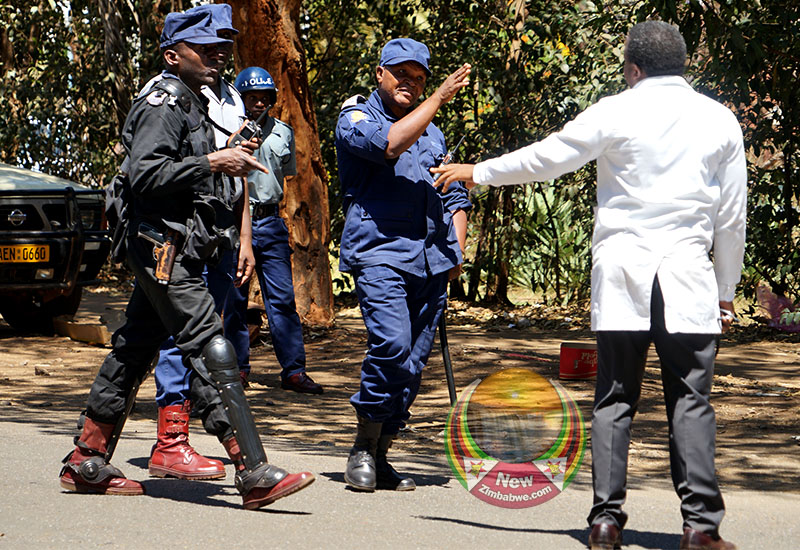 This was when hundreds of public hospital doctors marched to parliament building in Harare to petition the legislative house over their own plight and the deteriorating health delivery system in the country.

The song refers to those in power as imbeciles and is usually sung in reference to unpopular decisions taken by the authorities.

It is popular with anti-government protesters who would be referring to anti-riot police officers during demonstrations and marches.

Usually where the song has been sung, protesters have been beaten up by police.

However, the doctors, who have been at loggerheads with government over poor wages, were forced to come up with other songs.

As part of their grievances, the medical practitioners want government to revert back to payment of their wages in US dollars or maintain their wages in local currency but pegged at the prevailing interbank rates.

Government has adamantly declined both demands.

The doctors had a song for such intransigence.

“Murungu wamakandipa ini anopakura zvisiri fair, akati USA, USA oti kwangu maBond,” they sang in reference to government’s reported abuse of the US dollar and its stubborn stance to pay them in a valueless local bond note currency.

The march by doctors was accompanied by police.