The march was supposed to start at Masotsha Street and end at the Joshua Nkomo statue, where several speakers, including senior Zanu PF member Tshinga Dube, were set to address the former freedom fighters.

The commemoration, which was meant to commemorate the 23rd anniversary of Nkomo’s death, did not take place however as scores of armed police descended on the venue.

In an interview with Newzimbabwe.com after the foiled march, ZIPRA Veterans spokesperson,  Bester Magwizi, condemned the police action.

“Today we wanted to commemorate the death of our Commander-In-Chief, Joshua Nkomo, but the police stopped the commemorations because some of us were wearing yellow T-shirts,” he said.

“Our organisation is not political and we only wanted to respect our commander. It is sad that we are now being denied the rights which we fought for during the liberation struggle.” 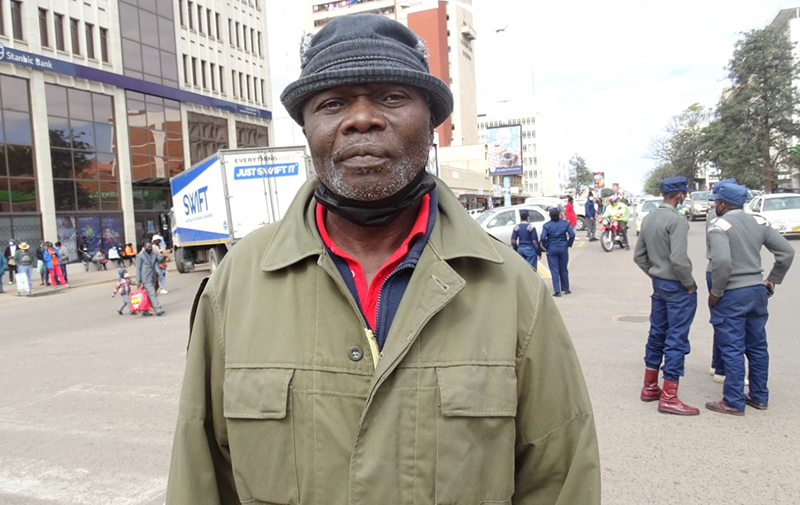 The ZPRA veterans spokesperson vowed that the ex-fighters would continue to organise more programmes despite the police harassment.

“We cannot have a situation where a few people are enjoying the fruits of our sweat and blood. Despite this set back, we are not going back on our programmes,” he declared.

“With the way (President Emmerson) Mnangagwa and his Zanu PF (party) are now scared of CCC, it will not be a surprise if citizens will be penalised for wearing yellow clothes,” he said.

“Even if the ZPRA veterans were wearing yellow T-shirts, is it now an offence to wear yellow clothes?”

Nkomo, who was known as Father Zimbabwe, died of prostate cancer on July 1 1999 at Parirenyatwa Hospital in Harare. He was 82 years old when he died.