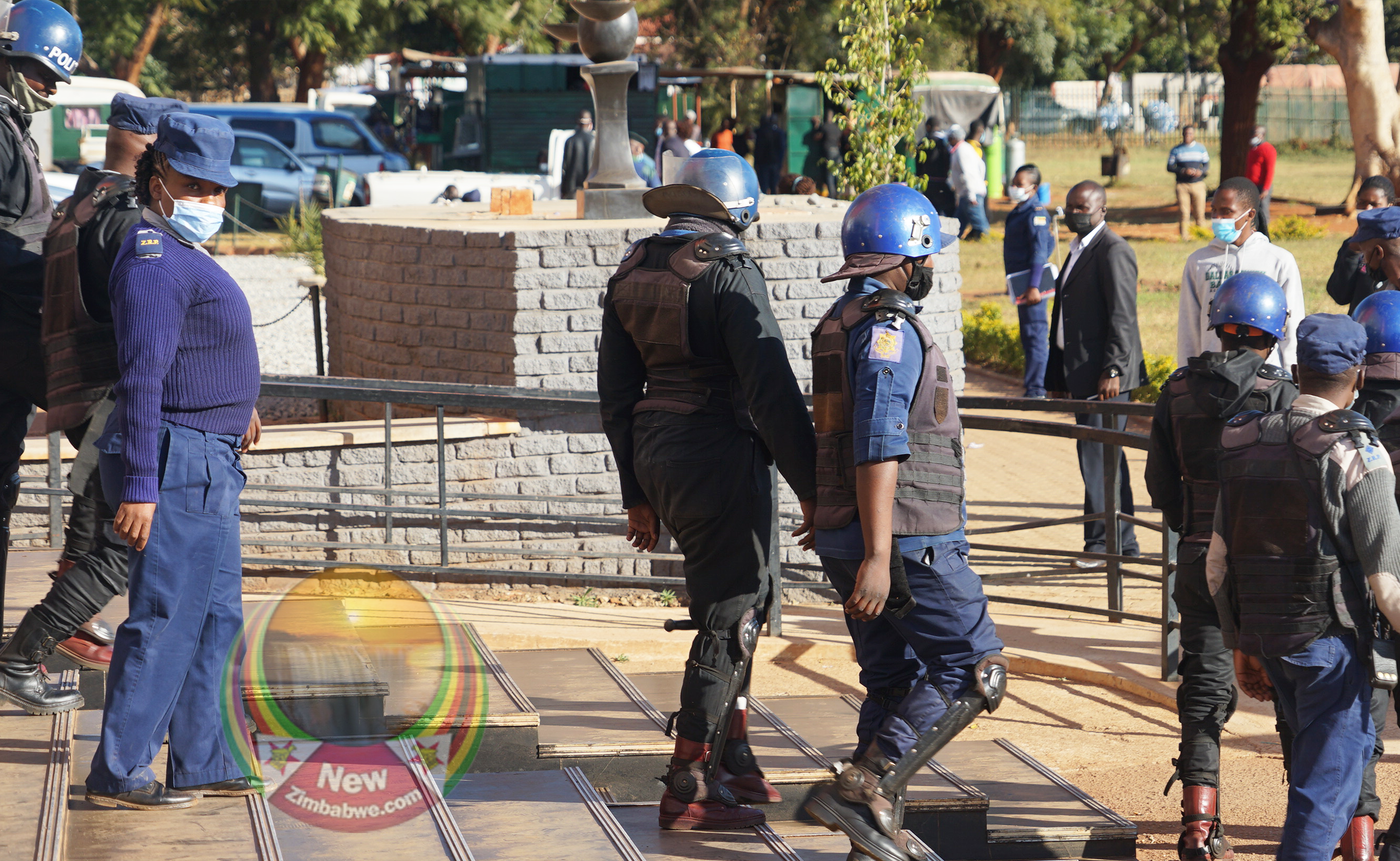 Spread This News
By Mary Taruvinga I Senior Reporter

HARARE: Police on Wednesday blocked striking nurses and  doctors from petitioning their employer, the Health Services Board (HSB) as the countrywide job action continues.

The strike is now in its fourth day with little indications from government that it is ready to meet the workers’ demands.

Government has offered to effect a 100 percent salary increase which has been rejected by civil servants citing runaway inflation.

The workers are also demanding to be paid in US dollars.

Health Apex Council leader Tapiwanashe Kusotera insisted that they would not go back to work.

“They (HSB) have not offered us anything so let’s hang in there and fight for a good cause,” he told the striking workers on Wednesday.

“It is very unfortunate  that our colleagues from the uniformed forces have decided to block us from going to the HSB.

“We are non-violent and not political; we are just saying the money we are getting is not enough.

Meanwhile, police stayed on guard close to nurses hostel where the striking health workers were gathered.

There were also reports that the uniformed forces had taken over duties at some hospitals.