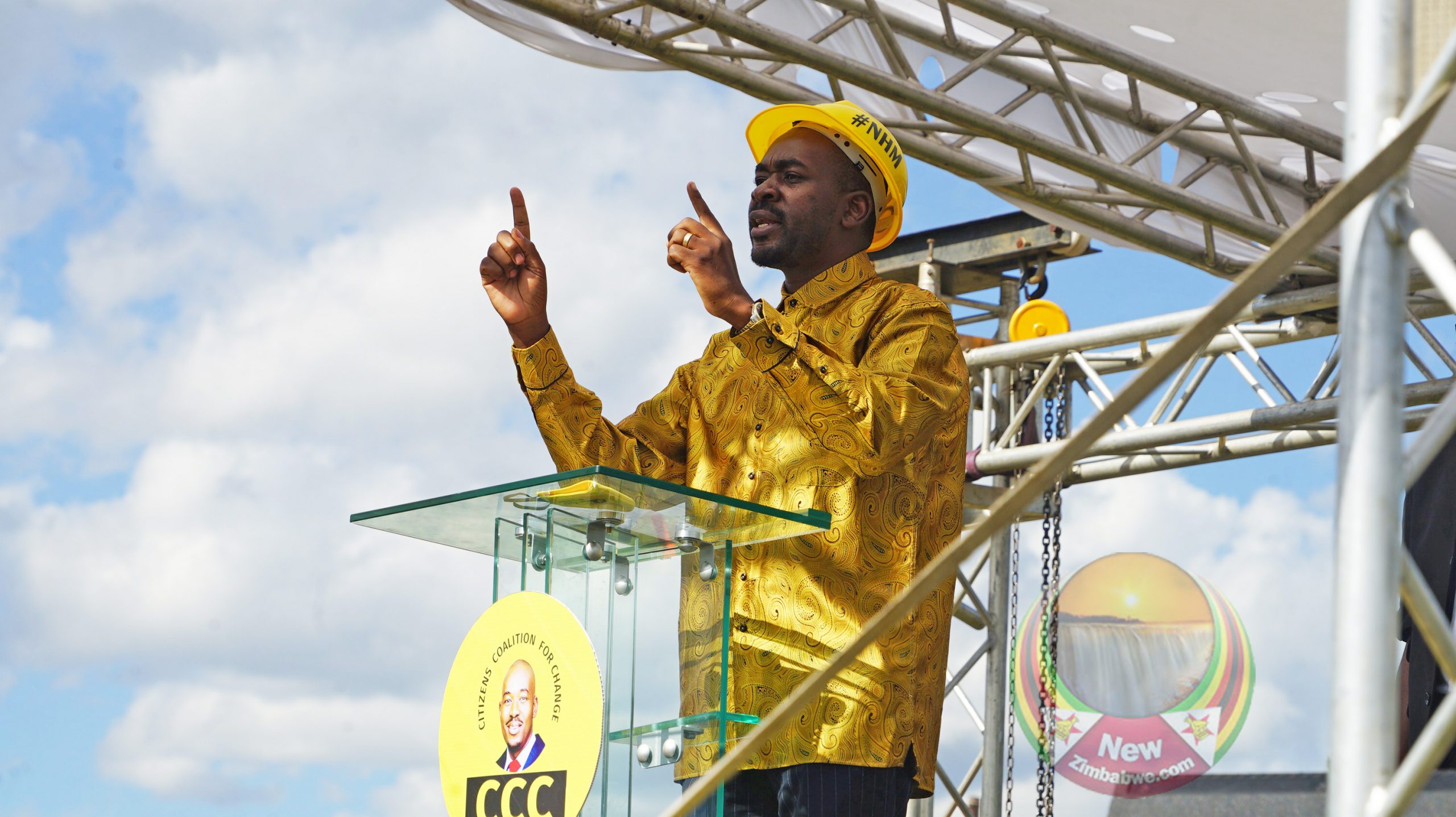 The Zimbabwe Republic Police (ZRP) has given Citizens Coalition for Change (CCC) a green light to conduct its rally slated for Sakubva Stadium in Mutare Saturday.

“Please be advised that I have taken note of your intention to hold a public meeting at Sakubva Stadium, Mutare on 19 March 2022 from 1000 hours to 1630 hours. The public meeting shall proceed and subject to strict observations of the following instructions: Your members shall not be involved in toy-toying, there shall be no convoying of plate less vehicles or people chanting slogans and singing and disseminating hateful and defaming information,” the letter of approval reads.

CCC Manicaland spokesperson David Panganayi confirmed the police clearance to NewZimbabwe.com adding that preparations to host Chamisa in the province are now at an advanced stage.

“President is coming over here and our party structures are mobilising people to attend in their numbers. We received a police clearance on Saturday,” Panganayi said.

He added: “There has been a lot of excitement in anticipation of this rally. We hope that all the people who are yearning out for a change will come in their numbers. We want to rock Sakubva Stadium and unlike our opponents we do not have resources hence we will not be bussing anyone. We want to prove to the entire nation that yellow is here to stay. We will fill the stadium without bussing or coercing anyone.”

Panganayi said that this rally is very significant since Manicaland is a stronghold for our CCC brand.

“It is important that the President Chamisa grace the event and give an opportunity for his legion of followers the opportunity to hear him speak about the yellow movement. We will not expect what happened in Marondera since we have complied with police requirements by notifying them,” said Panganayi.

Three weeks ago, Chamisa’s rally in Gokwe was also prohibited in the eleventh hour despite that that the High Court had cleared it.

The move was viewed by critics as ruling party Zanu PF’s shenanigans of barring youthful Chamisa from addressing supporters since CCC’s rallies have been well-attended despite stringent conditions set by police.