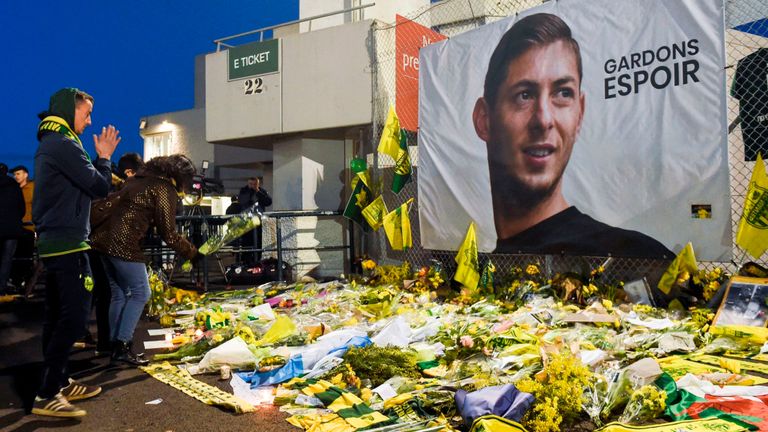 LONDON — Police confirmed on Thursday that the body recovered from a plane in the English Channel was that of Argentine soccer player Emiliano Sala.

Dorset police made the announcement after a coroner’s examination of the body, which was recovered from the seabed wreckage of the plane on Wednesday.

Sala, who had just signed with Premier League club Cardiff, and pilot David Ibbotson were the only people onboard the small aircraft that disappeared over the English Channel last month.

“The body brought to Portland Port today has been formally identified by HM Coroner for Dorset as that of professional footballer Emiliano Sala,” Dorset Police said in a statement.

“The families of Mr. Sala and the pilot David Ibbotson have been updated with this news and will continue to be supported by specially-trained family liaison officers. Our thoughts remain with them at this difficult time.”

Investigators have not been able to recover the aircraft, which was flying from Nantes to Cardiff after Sala transferred from the French city’s team.

An initial search and rescue operation failed to locate the plane but it was later discovered by the Air Accident Investigation Branch and privately funded search teams.

After the confirmation of Sala’s death, Cardiff issued a statement saying “he and David will forever remain in our thoughts.”
The Argentine Football Association also expressed its condolences on Twitter.

“Profound pain over the death of Emiliano Sala,” the AFA said. “Our condolences to his family and loved ones.”