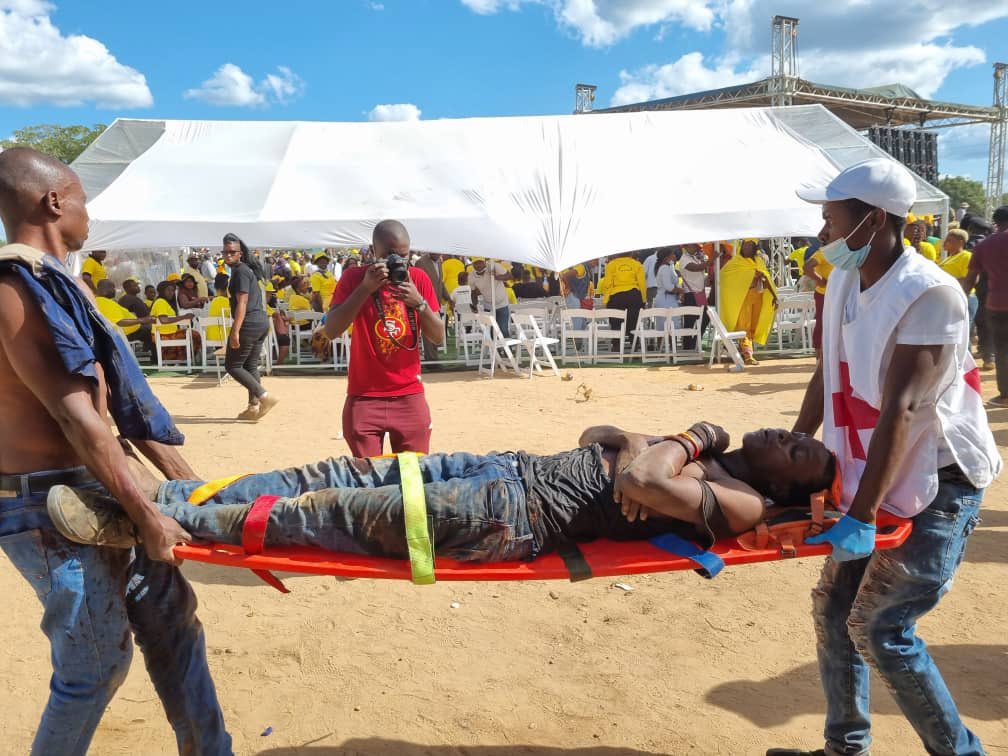 POLICE have effectively confirmed that Zanu PF gangsters were responsible for the Sunday murder of a Citizens Coalition for Change (CCC) supporter at a rally in Kwekwe.

In a memo seen by NewZimbabwe.com, 16 men including Zanu PF card carrying members, have been arrested since the fatal attack.

The matter is now being investigated by Kwekwe’s CID Law and Order section of the Zimbabwe Republic Police.

They are accused of having murdered 30-year old Mboneni Ncube of Mbizo, who was part of the CCC supporters at the party’s Midlands provincial by-election campaign rally.

Shoshera, Tembo, Mukwaturi and Shamanyayi have been identified as card carrying members and police are still investigating owners of vehicles used to ferry them to the venue.

Kennedy Simbi, the ring leader who, according to the police Memo fatally stabbed Ncube, is still at large.

“The skirmishes, about 400 metres from the venue, resulted in the deceased being stabbed thrice with a sharp object on the back and died whilst admitted at Kwekwe General Hospital,” the memo reads.

“The injured are admitted at Kwekwe General Hospital and Topomasi Hospital in serious condition.”

The second and third followed as he gave his keynote address.

CCC has communicated that 22 of its members have been admitted to hospital with serious injuries as of Monday morning with unconfirmed reports indicating a second victim has succumbed to injuries.