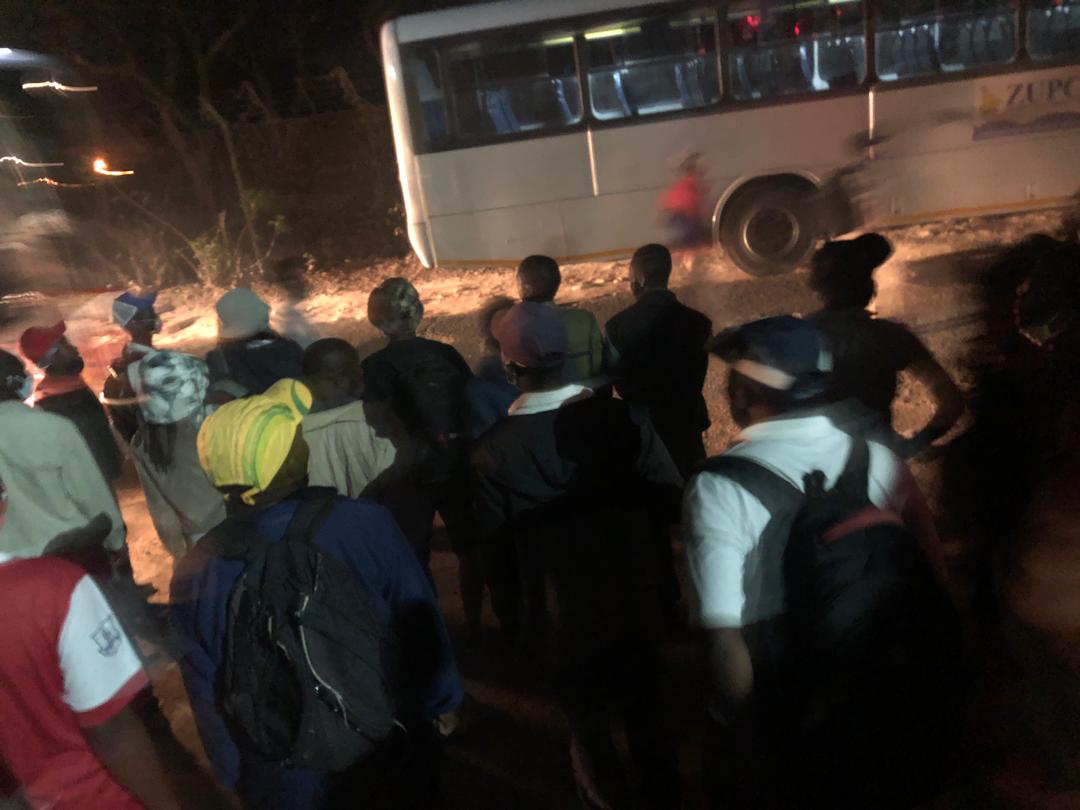 The police also sealed all major streets in the city centre where they moved from one parked vehicle to another looking for undocumented vehicles.

Newzimbabwe.com witnessed a number of vehicles with no number plates being impounded during the operation in the city centre.

The crackdown team in the city centre was moving around in a police truck, highway patrol car and several motorbikes.

Some of the vehicles were also reportedly impounded at the various roadblocks mounted along major roads.

At least four check points were mounted along the busy Khami road.

“Today, I could not get into town very early because transport was scarce. I left home around 7 am but I only get to town around 9 am. All the mushikashikas (unregistered vehicles) which normally pick up commuters during peak hours were not operating today. The few Zupco buses could not cope up with the large number of commuters,” said Nancy Moyo, a commuter from Pumula.

A Bellevue resident Mafios Nkomo said he was also delayed at a roadblock along the Plumtree road.

“I boarded a Honda Fit in Bellevue this morning. We were delayed for almost an hour at a police check point on our way to town. Police were screening all vehicles including buses. All those without proper documentation and number plates were impounded on the spot,” said Nkomo.

Most residents hailed the operation saying it was long overdue following a spate of robberies involving vehicles without number plates in the city.

According to the police, there have been a lot of crimes ranging from armed robbery, kidnapping, murder and rape involving vehicles without licence plates.