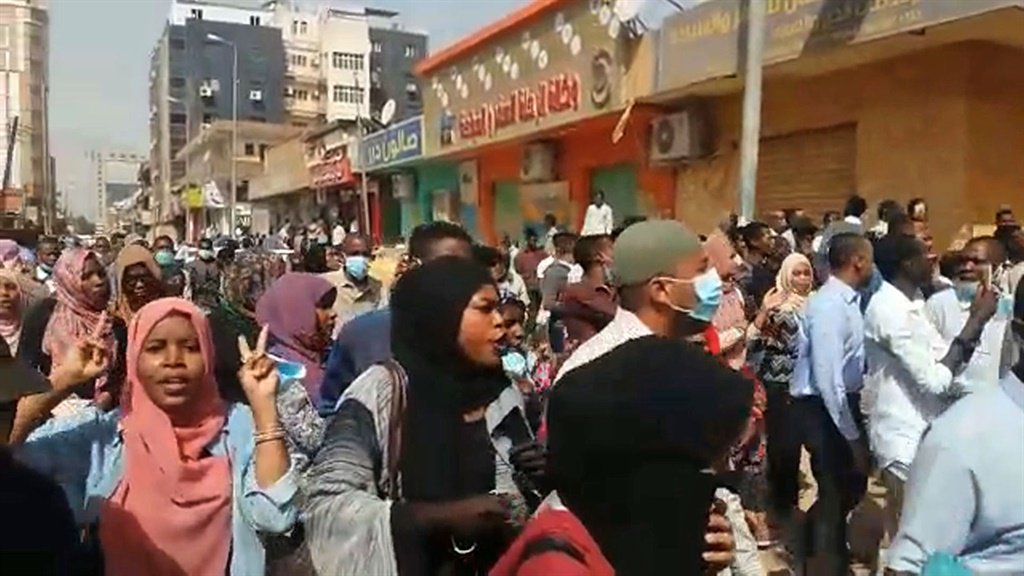 Police used tear gas to disperse hundreds of Sudanese protesters who marched on a women’s prison calling for the release of detainees in Omdurman on Sunday, witnesses said.

“We are fighters, we will complete our mission,” protesters had chanted as women ululated and men flashed the victory sign, according to the witnesses.

The protesters called for the release of women arrested in ongoing demonstrations against Sudan’s President Omar al-Bashir’s three-decade rule, the witnesses said.

Marchers also called for the “overthrow” of Bashir, as they approached the prison in Omdurman  the twin city of the capital Khartoum  before they were dispersed.

The march was called by the Sudanese Professionals Association (SPA), which is spearheading the protest campaign.

Initial demonstrations erupted on December 19 against a government decision to triple the price of bread, and quickly escalated into calls for Bashir to step down.

The SPA, an umbrella body of doctors, engineers and teachers, called Sunday’s march a “Rally for Women Detainees”.

“Women are taking the lead in the protest movement,” a female protester taking part in Sunday’s rally told AFP without revealing her name for security reasons.

“The SPA has called today’s march in honor of female detainees and this will inspire us to continue until we achieve success.”

Bashir on Wednesday pinned the unrest in part on Sudan’s decades-old public order law, and also acknowledged that growing economic hardships have angered youths and sent them out into the streets.

More than 1 000 people, including protesters, activists, opposition leaders and journalists have been arrested since the protests began.

Officials say 30 people have died in protest-related violence, while Human Rights Watch says at least 51 people have been killed.