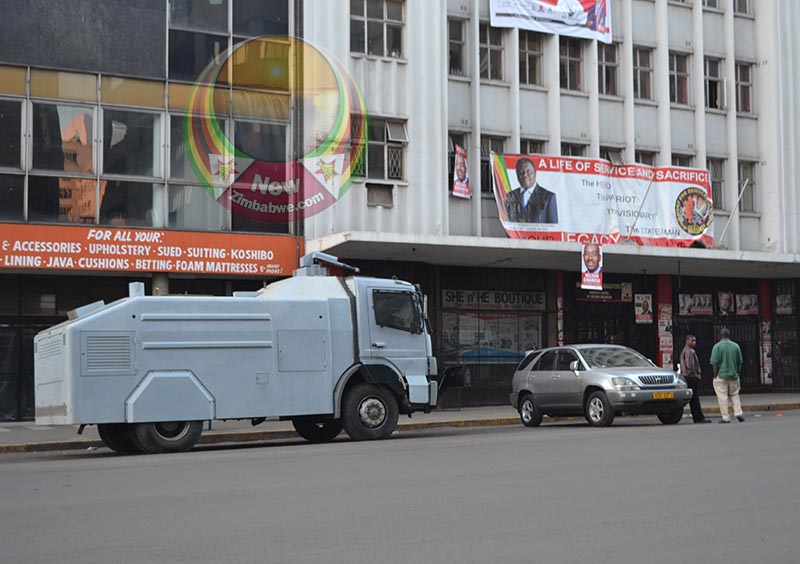 POLICE have finally withdrawn their water cannon trucks and their heavy deployment of anti-riot teams which had set up permanent base outside the MDC-T headquarters since violence broke out over elections in Harare’s CBD last Wednesday.

As many as half a dozen trucks had laid an all round siege outside the opposition HQ.

The deployment followed wild skirmishes which saw the army move in ostensibly to quell the protests but ended up firing live ammunition at unarmed civilians leading to the death of six and the injury of a dozen.

Police last week stormed the MDC-T building to conduct searches as well as arrest a group of alleged party activists who had sought refuge inside.