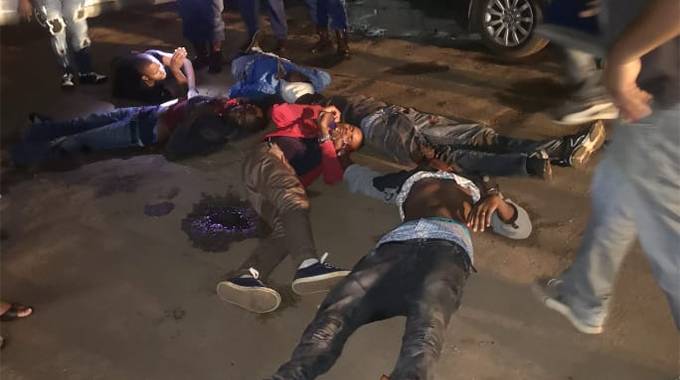 FOUR armed robbers including a serving member of the Zimbabwe Republic Police were last night killed in a shootout with the police after they robbed a Harare businessman of US$10 000.

Prior to the robbery incident, police had received a tipoff of the robbers intention and laid an ambush.

Soon after the robbers pounced on the businessman and robbed him, police officers responded swiftly resulting in them engaging in a shootout with the robbers.

The shootout incident resulted in the death of four robbers while two others were arrested. National police spokesperson Assistant Commissioner Paul Nyathi confirmed the incident in a statement.