ANTI-RIOT police were Monday called in to disperse a demonstration by students at Bulawayo’s Njube High School who took down the national flag and further brandished President Emmerson Mnangagwa’s portrait in protest over a recent steep increase in tuition fees.

The demonstration was also a show of disgruntlement by the young learners over the shortage of textbooks at the government owned institution.

The students, who were singing and dancing, marched for hundreds of mitres from the school yard to a petrol station along the busy Luveve highway where the march was dispersed by police.

The students retreated to the school yard where they were screened by the police and Ministry of Education officials.

Those who were implicated as ring leaders of the protest were asked to write on pieces of paper why they took part in the protest.

The students were also asked to state the names of persons who pulled down the national flag and the President’s portrait during the demonstrations.

“The reason why we took part in the walk is that we want our education. We do not have enough textbooks to learn. The fees have gone high and our parents cannot afford the fees,” read one statement from a student.

“Save our soul,” another student wrote in her statement.

“This is for every Zimbabwean children. UNICEF where are you? We have suffered a lot. All we need is if you help Ubuntu,” another student wrote on her statement. 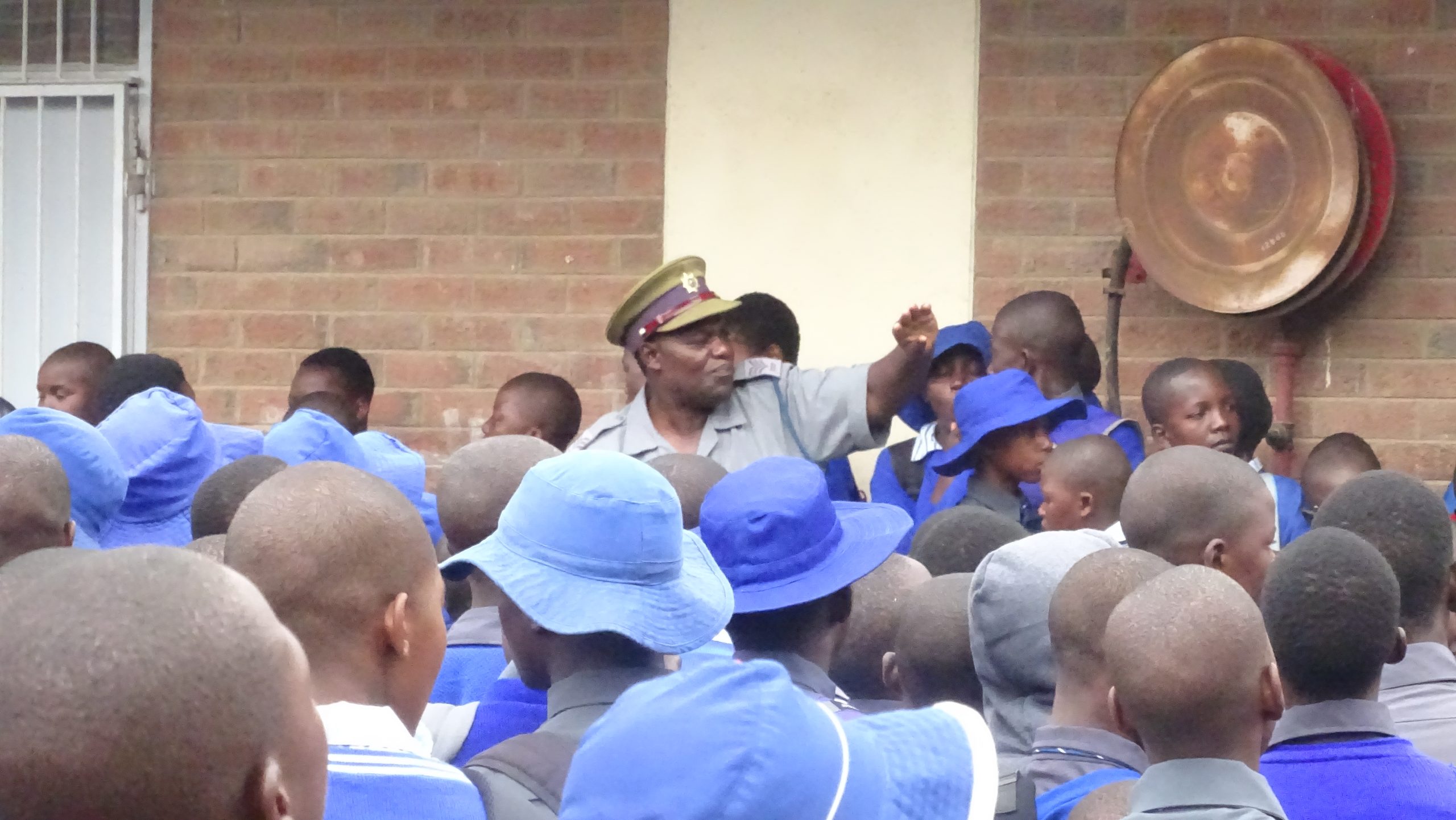 A police officer addresses the students inside the school yard 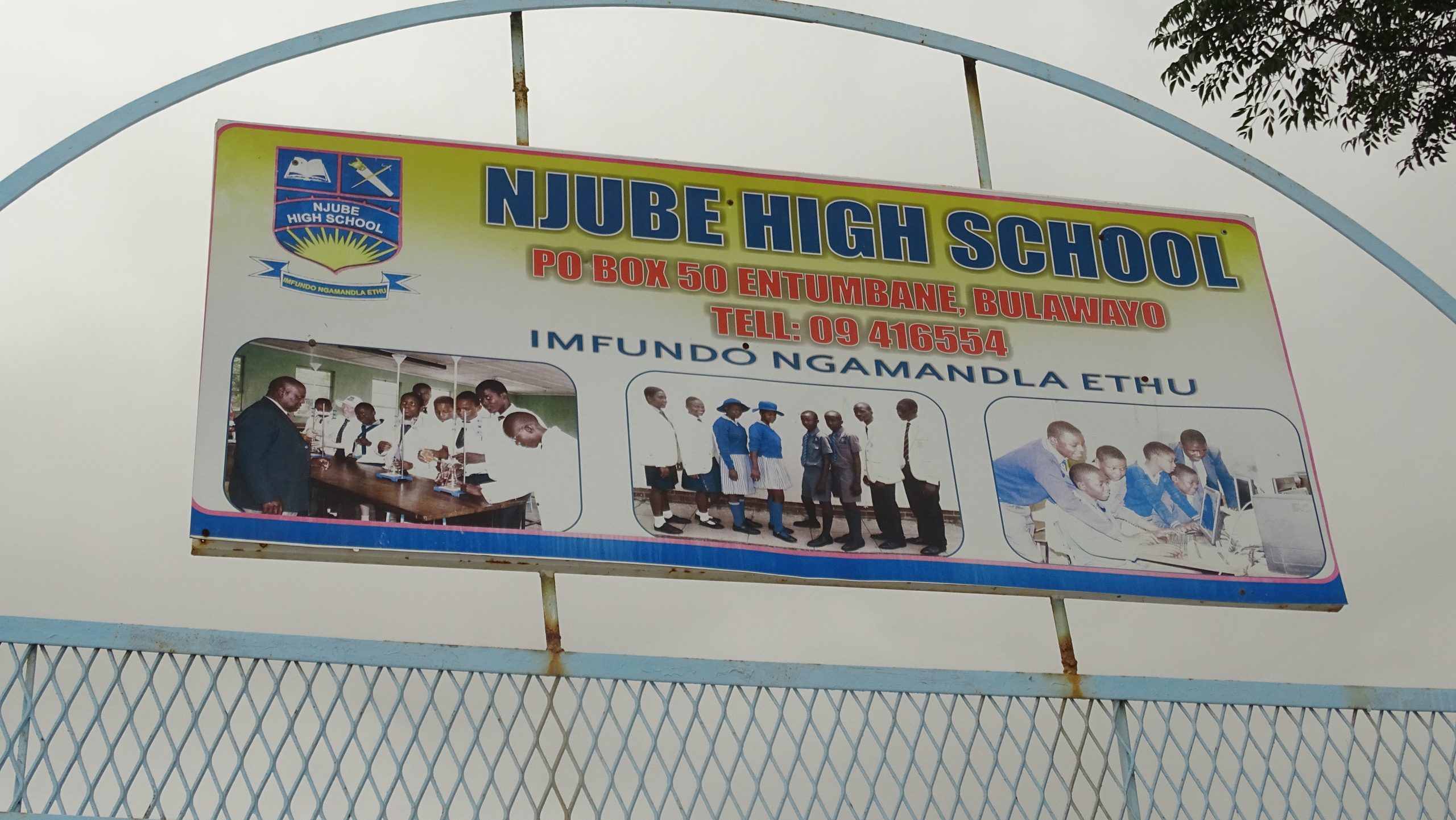 The school increased fees from Z$92 last term to Z$440 this term.

“Most of our parents were struggling to pay the old fees, let alone the new fees. While our parents continue to pay those huge fees, we are not provided with any textbooks and other learning materials,” said an A’ level student who refused to be named for fear of victimisation.

The Acting District Schools Inspector for Khumalo, Inspector Zanele Muyambo addressed the students and assured them they will not be victimised.

She also assured the students that the Ministry of Primary and Secondary Education was going to look into some of their grievances.

Security details who had besieged the school premises blocked journalists from interviewing the students.