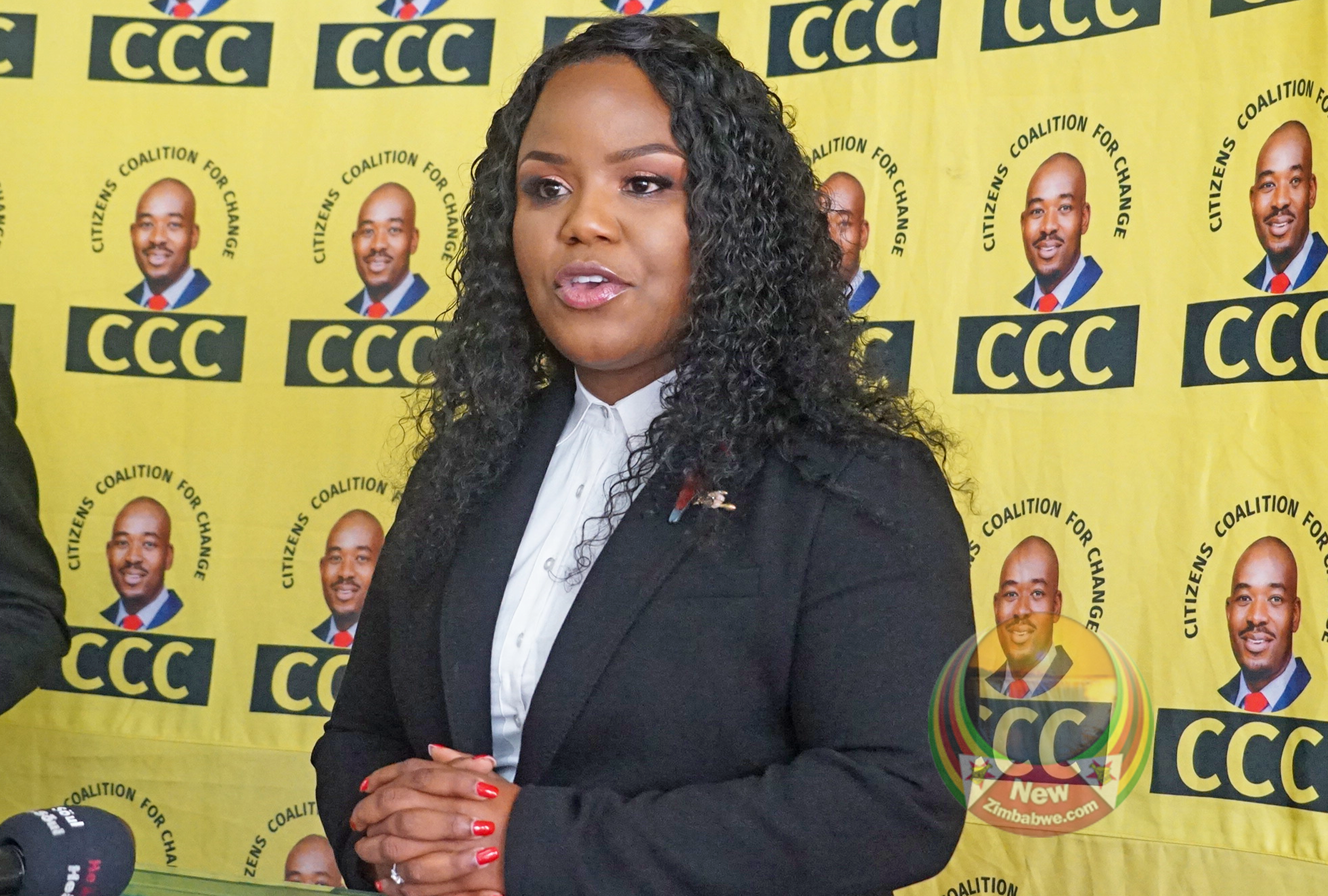 She had earlier Wednesday been summoned to assist police with investigations into the Gadzema Grounds explosion.

Tweeted Mahere: “Attended at CID Law and Order Mash West in Chinhoyi. I was questioned in connection with the statements we issued concerning the rally explosive incident. I gave the investigating officers the information and clarification they requested and I have been excused.”

As exclusively reported by NewZimbabwe.com, the deafening explosion, blamed on Zanu PF apparatchiks, rocked the rally held at Gadzema Grounds a fortnight ago, just as Chamisa’s motorcade made its way into the venue.

CCC has maintained the bomb was targeting Chamisa, while the opposition party has presented evidence of the suspected hitmen’s vehicle from which the explosive was thrown.

CCC has maintained the bomb was targeting Chamisa, while the opposition party has presented conflicting evidence of the suspected hitmen’s vehicle from which the explosive was thrown.

“The report as narrated by our information department reflected a motor vehicle registration number AFA 1651, which upon further inquiry and investigations is incorrect. However, the broad description of the vehicle is accurate and is understood,” she said.

“Steps are being taken to verify the correct registration number of the silver car that was seen by eyewitnesses at the scene of the incident and the Zimbabwe Republic Police are being informed of this error to aid their investigation.

“We understand that the police have recorded witness statements. To that end, we are endeavouring to assist the Zimbabwe Republic Police with their inquiries to ensure the culprits are brought to book,” Mahere said.