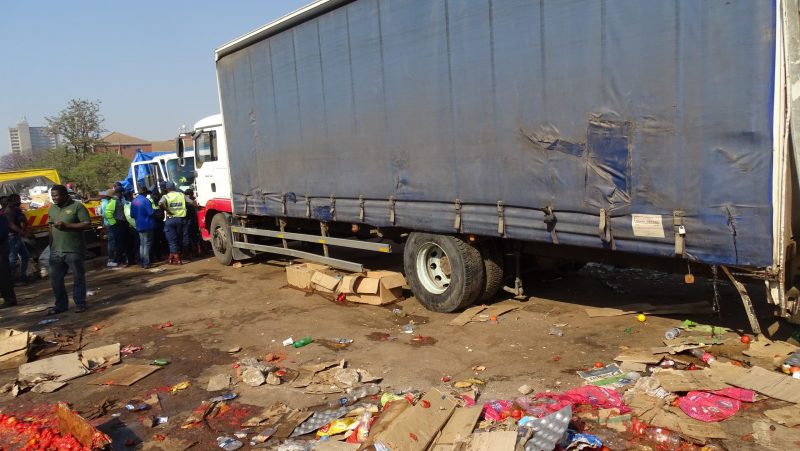 POLICE and Bulawayo City Council (BCC) municipal police on Tuesday launched an early morning raid on truck vendors aligned to Zanu PF who had illegally converted one of the city’s streets into a vegetable market.

The vendors have been accused of taking over 5th street, renting out vending bays.

The net however closed in on them Tuesday morning when anti-riot police pounced on them.

Most are counting losses after having paid Zanu PF activists to use the vending space.

“I hired a 30 tonne truck to ferry my tomatoes from Mutoko. The truck arrived last night and all the tomatoes and truck have been impounded. The police are saying they are charging me with vending and blocking the road but we have been selling our products here even before COVID-19.

“We have been even paying Zanu PF marshals. I really don’t know how I will be able to recover from this loss,” said one of the affected vendors.

Another vendor identified as VaChihera said she also lost a truck full of oranges during the operation.

“My driver arrived this morning from Beitbridge with a truck full of oranges. What is painful to me is that we have been paying rentals to sell our products here.  The ruling party allocated us this place to sell our goods. As a way forward, we are going to sit down with the party’s leadership and map the way forward,” she said.

Some of the vendors were also arrested.

Most of the impounded trucks were loaded with various farm produce such as tomatoes, onions and cabbages.

When NewZimbabwe.com news crew arrived at the scene police officers and municipal police had sealed off the street to prevent the impounded vehicles from escaping.

Some known Zanu PF activists were also seen trying to negotiate with the police.

BCC was last month forced to approach the Joint Operation Command (JOC) after numerous efforts to remove the vendors failed.