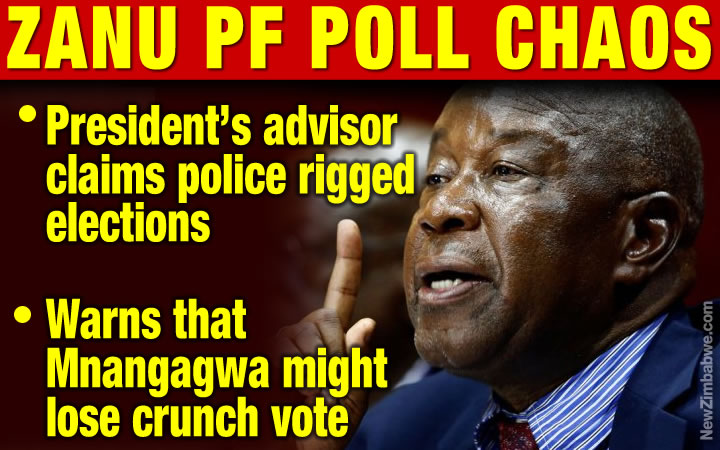 In an angry letter to the ruling party’s national commissar Engelbert Rugeje, Mutsvangwa said the use of police was unconstitutional.

Earlier this week, he warned that Mnangagwa is likely to lose the presidential elections later this year if the results of the just ended primaries were to be upheld.

“I also refuse to accept your announcement of Langton Mutendereki as the winner (in Norton),” he charged.

“The main reasons being the unconstitutional use of the Zimbabwe Republic Police a state agency as election returning agents.

“These policemen were principal players in uninhibited rigging as well as wholesale denial of the act of voting to legions of bona fide party members.

“Of particular note is that the cell register used for the polling was illicitly compiled.”

“It is inconceivable that a politically active constituency such as Norton can only render less than 4,000 votes. This patently false picture would spell electoral danger in upcoming national elections.

President Mnangagwa has also issued a stinging statement describing the use of police officers and other security agencies during the primary elections “aspiring candidates” as a violation of law.

“Let it be known that conflation of party and State institutions as might have happened in the past will not be allowed under the new dispensation where the electoral playing field must be seen to be fair and even,” the information ministry said in a statement.