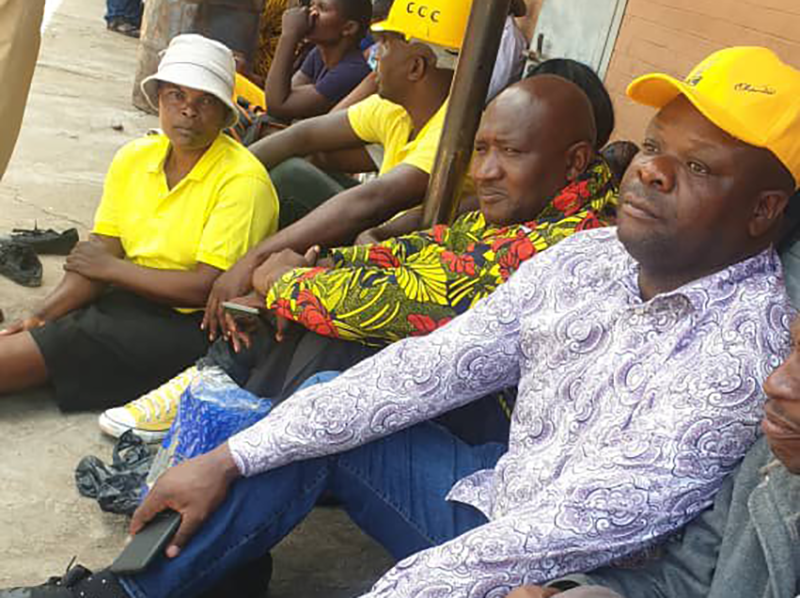 HARARE: Anti-riot police stormed the house of an opposition lawmaker in Zimbabwe on Saturday and arrested the politician and 24 others who were holding a party meeting on the premises, authorities and party officials said.

Officials with the main opposition Citizens Coalition for Change (CCC) said lawmaker Costa Machingauta, his wife and 17-year-old daughter were beaten up by armed officers before he was carried away during the raid in the Budiriro suburb south of the capital, Harare.

Police said the meeting had not been authorised and those arrested would be charged with breaking public order regulations.

“We confirm the arrest of the CCC activists. They were attending an unsanctioned meeting,” police spokesman Paul Nyathi told AFP.

Nyathi would not comment on the beating accusations but added more details about the operation would be divulged on Sunday.

Rights groups and opposition parties have complained of an increased government clampdown on dissent with general elections due this year.

A large number of policemen were deployed and laid siege to Machingauta’s house before moving to violently break-up the meeting, she said.

Amos Chibaya, another leading CCC member of parliament, was also arrested during the raid.

“Armed police have beaten up the wife and daughter of Machingauta. They’ve put up a roadblock on the road that leads to his home … We want elections not war,” she said.

Public order rules do not apply to private meetings, she added.

Hon Amos Chibaya and other CCC leaders have been arrested in Budiriro right now. No charges have been placed. Police throwing tear gas and dispensing people in a private residence of our Member of Parliament. pic.twitter.com/ioRXbe684R

“These attacks are clearly intended to harass and intimidate members of political opposition in the months leading up to Zimbabwe’s upcoming election,” Flavia Mwangovya, Amnesty International deputy director for Southern Africa said in response to the clip.

ZANU-PF has been accused in the past of using violence to instil fear in opponents during elections, but repression has hardened under Mnangagwa, rights groups say.

The president has also been accused of using the courts to crackdown on dissent with a leading CCC lawmaker languishing in prison since June over accusations of inciting public violence.

🟡After the @PoliceZimbabwe disrupted our internal meeting in Budiriro through arresting & beating our members, we went on to hold our scheduled internal meetings at private places in Glen-Norah, Glen-View & Highfields. We’ve a duty to transform the lives of the Citizens of Zim🇿🇼 pic.twitter.com/1qbaWUx67R