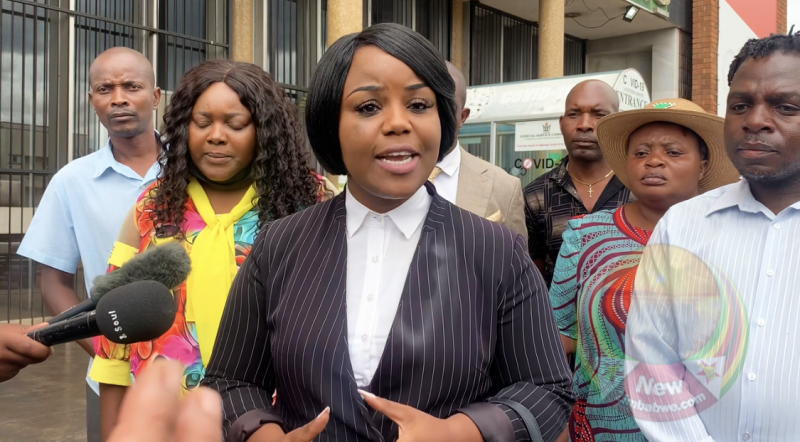 LAWYERS representing the 25 Citizens Coalition for Change (CCC) activists who were arrested Saturday have said women were manhandled and sexually harassed by cops whilst in police custody.

Among the 25 were three senior citizens aged 83, 72 and 61, a minor girl and member of parliament Amos Chibaya.

The activists were arrested for violating the Maintenance of Peace and Order Act (MOPA) after they held an internal party meeting at another CCC legislator Costa Machingauta’s house in Budiriro.

The accused person appeared at court Monday and were remanded in custody after the State opposed bail.

“Several concerning issues were raised by lawyers including the fact that a minor girl was part of the arrested 25 and the fact that the police officers also were manhandling women.

“There were complains about inappropriate sexual harassment of the police officers who were allegedly drunk and sprinkling alcohol on the accused persons.

“What this demonstrates beyond any doubt is that there is nothing legal about the arrest, it was calculated to politically persecute our members.

“We all know that this was an internal meeting to which MOPA simply does not to, it was not open to members of the public and yet you see four police lorries storming the home of a private citizen, that is simply unconstitutional,” Mahere said.

Mahere also reiterated that the CCC party wanted elections and not war and called upon the police service to act in a constitutional manner.

Incidents of violence have been recorded against CCC members across the country since February last year, with two attacks claiming lives in Kwekwe and Chitungwiza.

In a similar incident, CCC activists including Joana Mamombe, Cecelia Chimbiri and self-exiled Netsai Marova also claimed they were sexually abused by suspected state agents following their abduction in 2020.

No one was held accountable to date with the State alleging they trio published falsehoods.