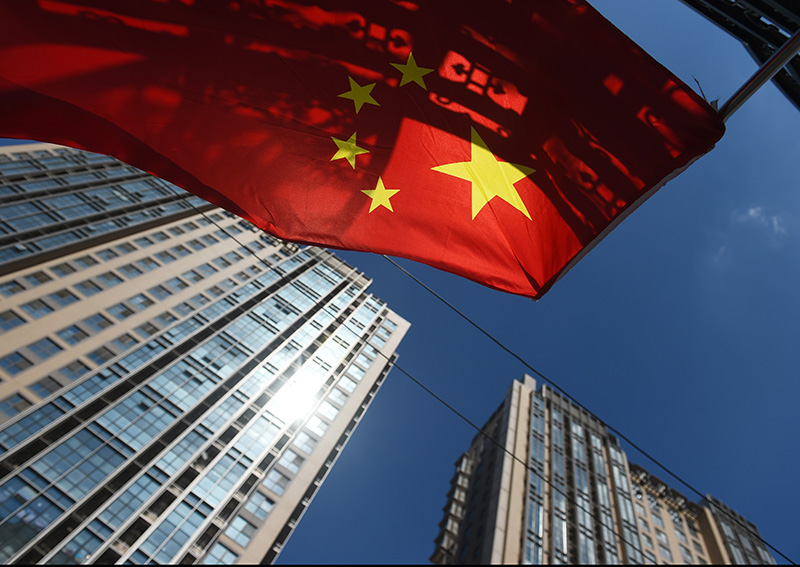 Hong Kong police shot a pro-democracy protester on Tuesday as the city was lashed by its worst unrest of the year, hours after China celebrated 70 years of Communist Party rule with a massive military parade.

It was the first such shooting in nearly four months of increasingly violent protests and threatened to strip the spotlight from China’s carefully choreographed birthday party, designed to underscore its status as a global superpower.

While President Xi Jinping took salutes from some 15,000 troops in the capital, pro-democracy protesters in Hong Kong threw eggs at his portrait, with tens of thousands of people defying police orders to disperse.

Running battles raged for hours across multiple locations, with some hardcore protesters hurling rocks and petrol bombs, while police responded for the most part with tear gas, rubber bullets and water cannon.

In Tsuen Wan district, a police officer unloaded his weapon at close range into a young man after his unit was attacked by protesters armed with poles and umbrellas, videos filmed by student reporters showed.

Police said the officer feared for his life when he fired the weapon, hitting an 18-year-old man.

The wounded protester received first aid from officers before paramedics arrived and took him to hospital, police added.

Medical authorities said 31 people were admitted to hospital, two in a critical condition.

Hong Kong is seething with anger over Beijing’s rule and many of the fights on Sunday were especially fierce, even by the standards of this summer’s violence which has raged for 17 consecutive weeks.

In one clash several police and reporters were wounded by corrosive liquid thrown by protesters. In another riot police were forced to flee into a town hall to escape a barrage of projectiles.

Burning barricades sent a pall of black smoke over the city, a regional hub for some of the world’s biggest banks.