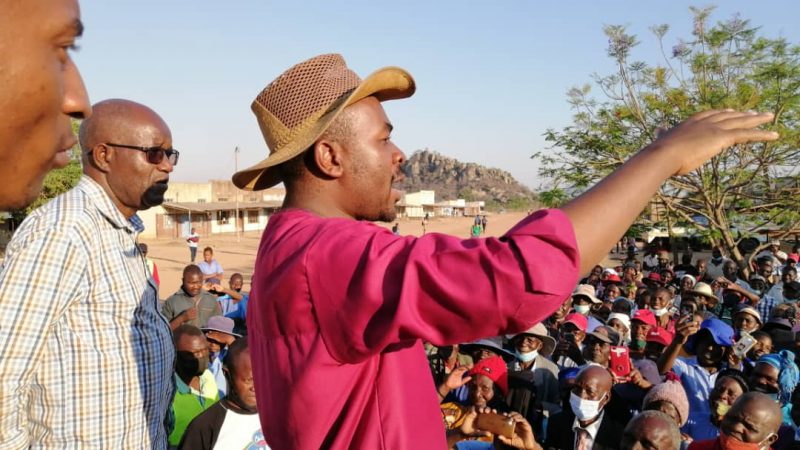 POLICE Wednesday forced all shops at Janet Shopping Centre in Ward 17 Bikita, Masvingo to shut down while villagers were forced to go home blocking them from meeting MDC Alliance leader Nelson Chamisa who was visiting the area.

The opposition leader is in on a whirlwind tour of Masvingo province as he drums up support ahead of the make-or-break 2023 national elections.

However, he said Chamisa had managed to outmaneuver the state security agents and held meetings with villagers elsewhere.

“The People’s President, Advocate Nelson Chamisa continues on his provincial tour in Masvingo. The president outmaneuvered regime agents who tried to block his meetings in Bikita and Zaka. He met community leaders, special interest groups, and citizens as he continues his interface,” said Siziba.

“We are here in Bikita in Masvingo province, the people’s project is all over. Zanu PF is afraid of the idea whose time has come.

The party official also said police officers Wednesday had besieged the homestead of MDC Alliance Masvingo province Misheck Marava where they had interrogated him over Chamisa’s visit to Masvingo.

“Zaka District officer in charge Mavhenyengwa and a team of police officers currently at our Provincial Chairman Senator Misheck Marava’s residence. They’re currently interrogating him and are threatening to search his house without written permission to do so,” said Siziba.

At one of his meetings, Chamisa told villagers he was confident he would defeat Zanu PF presidential candidate Emmerson Mnangagwa “hands down” in the 2023 elections.

He added under his government, would ask people who looted state assets to return them as his administration had no appetite for retribution.

He added soldiers and police officers would be expected to follow the law without retribution in order for Zimbabwe to move forward.

“We are not bringing in new soldiers or police officers. It is the politician who is changed not the government administration,” he said.