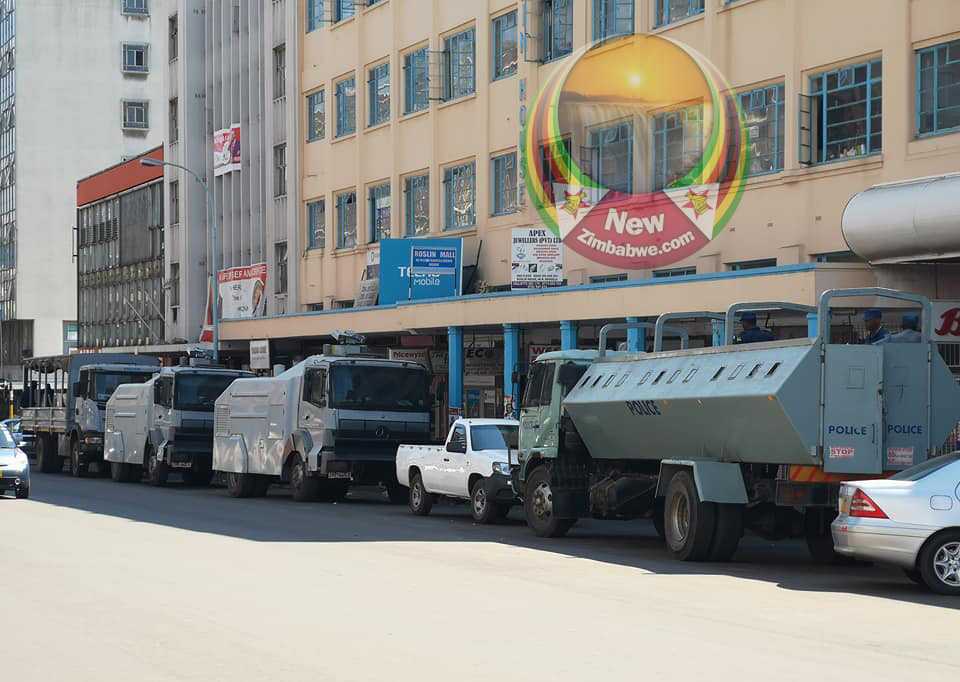 ANTI-RIOT police remained at the head offices of the opposition MDC-T party in central Harare as the capital returned to a tentative normal after President Emmerson Mnangagwa was declared winner of the presidential elections.

The opposition has rejected the results as fraudulent with MDC Alliance leader Nelson Chamisa saing on Twitter that “unverified fake results” had been announced by the electoral commission.

He added that the Zimbabwe Electoral Commission (ZEC) “must release proper and verified results endorsed by parties,” he tweeted. “The level of opaqueness, truth deficiency, moral decay & values deficit is baffling”.

Businesses were open in central Harare and vendors back to the streets and shop fronts as the capital appeared to be tentatively returning to normal.

Police trucks with anti-riot cops supported by water cannon continued to be camped outside the head offices of Nelson Chamisa’s MDC-T party.

The building was stormed Thursday evening as the ZRP effected a search warrant resulting in the arrest of scores of activist holed in there since Wednesday’s deadly clashes which resulted in the death of six people.

Sources close the opposition leadership indicated that there would likely be a press conference later in the day.