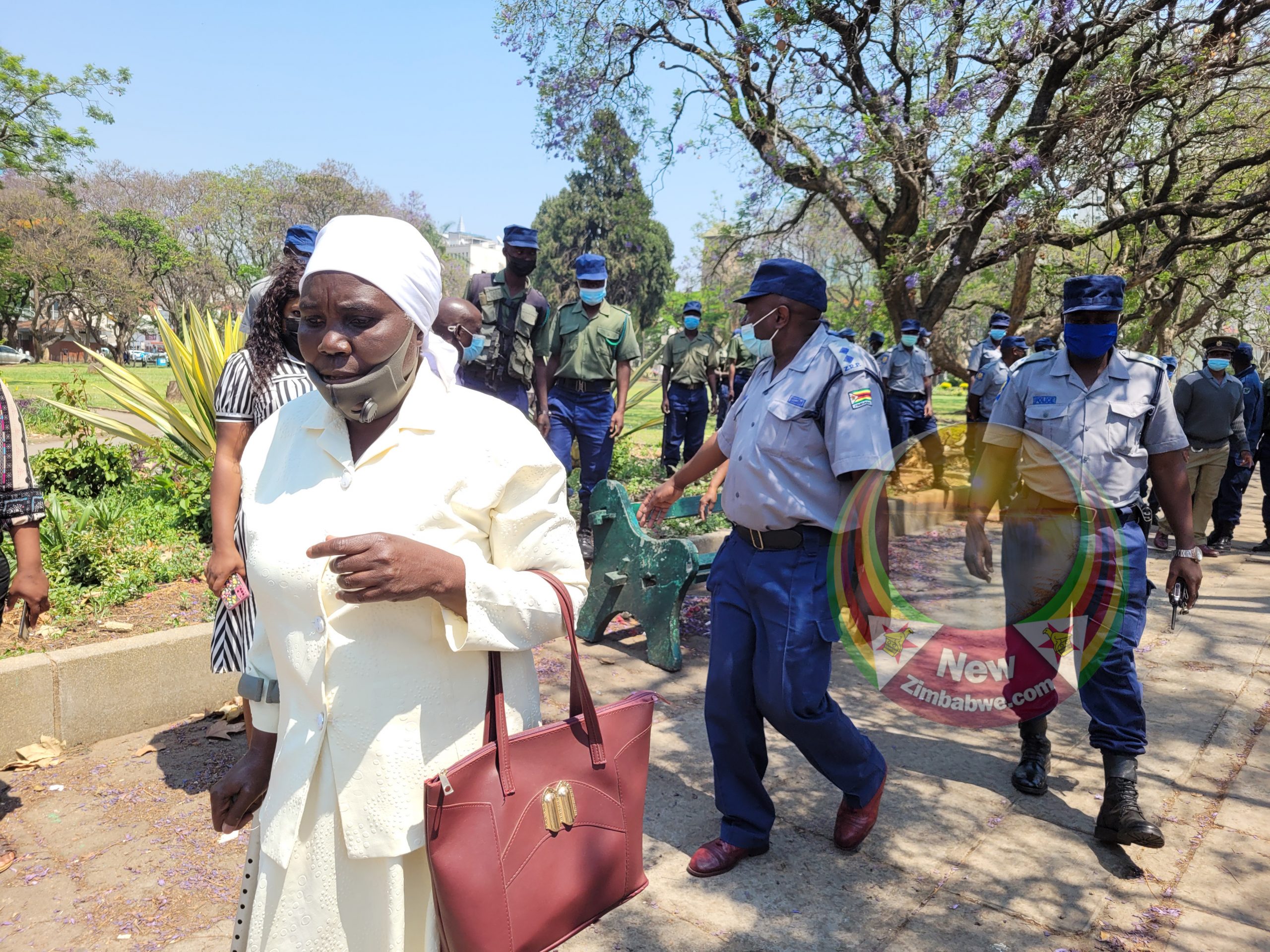 The easily irritable ex-combatants once again took to the streets barely two months after they were chased away by baton wielding police officers for the same reason.

This time, they intended to submit a petition bearing a prolonged list of their grievances to President Emmerson Mnangagwa’s Munhumutapa offices.

Riot police trucks could be seen in the Harare Central Business District as early as 5am preparing to square up against the former freedom fighters.

The two groups had a nasty confrontation after police officers sealed off Africa Unity Square where the war veterans intended to convene.

Speaking to Newzimbabwe.com, the ‘War Veterans Pressure Group’ coordinator Shorai Nyamangunu said: “War veterans are being ignored. We are suffering. Only earning $16 000 per month. We have been denied our right to go and demonstrate at the President’s office without any reason.”

“War veterans are not free in this country because of the police. We were beaten by police during Ian Smith’s regime. Today we are suffering. We are not advocating for violence, but we just want to be heard and get our benefits.  Laws only apply to war veterans in this country, but Zanu PF people were marching yesterday for anti-sanctions. You (police) must respect the constitution. You must respect us as war veterans. Where do you want us to go? This is our country. Our President is a listening President. No one is addressing our grievances. Poverty Datum Line (PDL) is above $41 000 but we are being given far much below that. We do not have farms. We do not have food, no medical insurance,” Nyamangunu said.

Another war vet said: “Why are we being tormented like this? We are not above the law but we just want to air our grievances. We all went to war for the betterment of everyone but only a few are benefiting from the resources available. Some are always on the plane. Most of us are disabled. We are street kids now. We are being mocked by the public. Who is breaking the law? Police or us war vets. Our constitution allows us to demonstrate. They must not talk about sanctions. Smith had sanctions but he was organised. People managed to survive. They must not lie about sanctions.”

A war vet from Mabvuku high density said: “Mainini, tinoda mari. Gumbo rangu iri harisati rambotsika kuVictoria Falls. (My young sister, I want my money. I have never been to Victoria Falls all my life). We went to fight the imperialists but now we are being neglected by authorities in power.”

“We are starving. I want money and nothing else. I got that $50 000 but could not buy a house. Mugabe had promised us $500 000 but gave us $50 000 only. Where is the balance? If they do not have money they must get it from ‘Queen Bee’. They must borrow from Queen Bee and pay us our gratuities. A war vet getting just US$100 per month. Mthuli Ncube is staying at Meakles Hotel for US$200 per month. That is taxpayer’s money being wasted and we are only getting peanuts. They must arrest us all. We have nothing to fear about.”

Meanwhile, those arrested are at Harare Central Police Station and yet to be charged.