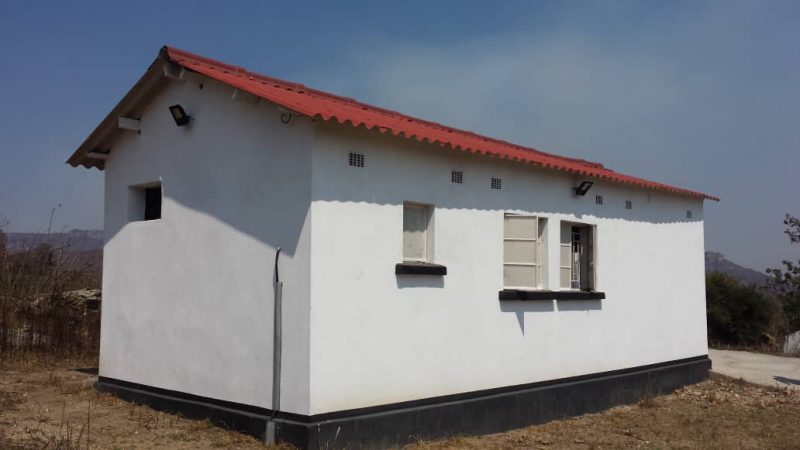 A MORTUARY building at the Dada health centre in the Tsonzo area of Mutasa Central is lying idle, a year after its completion due to politicking and bureaucracy by some government officials in the province.

The facility, which was constructed through the Constituency Development Fund (CDF) coordinated by local MDC Alliance MP, Trevor Saruwaka, has a carrying capacity of three bodies.

However, delays by government officials in authorising its use forced the local community to continue conveying bodies of loved ones either to Hauna District Hospital or Mutare General Hospital both 60 km away, for mortuary services.

Saruwaka said officials from the government public works department were dragging feet in authorising the facility to open by giving lame excuses.

“Officials from the public works department always give lame excuses to delay the commissioning of this facility for the community to benefit,” he said.

“Every time they visit for inspection, they will tell us your paint is not of good quality, your floor needs some touch-ups. They give so many excuses. Last week, they came and you will see them again after two months with more excuses,” said Saruwaka during a media community engagement meeting which was organised by the Zimbabwe Union of Journalists (ZUJ) in Mutasa district last week.

The legislator said he knew these were just delaying tactics to frustrate the community and make them suffer even during bereavement.

“At the end of the day it’s the community which suffers because if locals lost their beloved ones, they are forced to hire a private vehicle to go either to Mutare, Old Mutare or Hauna or be forced to expedite the burial before other relatives arrive for the funeral,” he said.

Saruwaka added the Dada health facility was the major referral centre for the local community and could not operate without a mortuary.

“I have engaged ministry of health officials at district level starting with district medical officer and provincial medical officer. Last time, when Obadiah Moyo was still health minister, he had agreed to come and commission this facility but this was not possible due to lockdown.

“We then said, no, we don’t want someone to cut the ribbon, but just allow people to use it so that the community can benefit. This is the challenge we are having. There are some people who don’t see the way we are seeing things,” said Saruwaka.

The MDC Alliance lawmaker said as a CDF project, it should not be politicised for political gain.

“These are CDF funds which I used to help the community. I never used any cent from my pocket. This project was completed last year in October at a cost of US$6 000,” said Saruwaka.