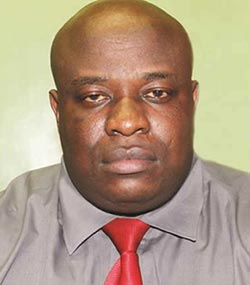 THE quintessential aspect of democracy, and indeed that of a good community, where each one of us can build flourishing lives for ourselves, is tolerance.
If there is any discipline of life where opinions differ sharply, it is politics, perhaps only equaled by religion. The fact that the diversity of interests, desires and opinions in politics is so great is exactly why tolerance matters. It is understandable that we differ so much as people that we often come to a point where we do not understand why others should think and behave the way they do.
In Zimbabwe we have had political players associated with certain ideologies, and others styling themselves as patriots, democrats, liberals and so on and so forth. We have this divide that says the ruling party stands for revolutionary patriotism, while the opposition is seen as pliant liberalists driven by Western aligned economic policies, and that assertion is not without cause.
While patriotism and nationalism are ideologically popular and perhaps borrowed liberalist policies are seen as frowned upon by many, not least for their poodle outlook, we must always acknowledge that those that believe in borrowed policies have a right to their choice of thought and opinion, just like those of us who see themselves as patriots cherish the same right for themselves.
The very possibility of democracy turns on tolerance. Society by definition involves people getting along peacefully and cooperatively most of the time, if not all the time. All this cannot be possible unless we begin to recognise the entitlement of others to their choices accordingly.
I am a writer who is somewhat strongly opinionated, and given that my domain is political commentary, I have had first hand experience with intolerance, especially given where I write my work from, and also my background as a Zimbabwean, a country seen in the West as divided between pro-democracy angels and tyrannical followers of the ruling party. I happen to be viewed as a sympathiser, if not an agent of the ruling ZANU-PF, or of President Robert Mugabe, as the Canberra Times once put it. My left wing politics and the support I have for pro-people policies across the world do not help make the position change.
I have been persecuted, vilified, plotted against at high level places of authority, falsely accused, and the sad thing is that this experience has been in the heartland of a renowned democracy, the perceived hub of tolerance. To some I have represented that familiar rub – the paradox of tolerance, where some have seen me as a risk to this perceived tolerant society. Advertisement

REASON WAFAWAROVA is a political writer based in SYDNEY, Australia