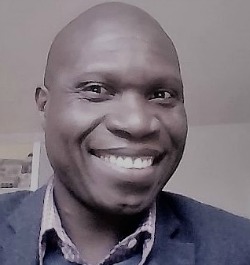 Many keep asking and wondering: why did Mnangagwa appoint Constantino Chiwenga as the minister of defence?
To some it was a blunder; he should have left Chiwenga as the ZDF chief to expunge the coup ‘accusation’, they argue. Moreover, they say, Chiwenga has become the most powerful and, therefore, a dangerous minister considering he was already a VP and after leading the coup.
What these questions and assertions over-look is the fact that Emmerson Mnangagwa did not clinch the presidency by accident; it should be obvious to all by now that a lot of planning was put into his ascendance. And yet there shouldn’t be any doubt that the more Mnangagwa shapes his administration the more some things become clearer.
Mnangagwa knows how dangerous a defence minister can be following his own rebellious rise. So, he needed a trusted person as defence minister. After all, he plotted his rise together with the army hierarchy when he was the minister of defence. That was after they had saved then President Robert Mugabe from the jaws of oblivion following his defeat to Morgan Tsvangirai in the 2008 polls.
Mugabe made Mnangagwa the minister of defence during the GNU because Mnangagwa had worked well with the army to ‘rig’ the re-run and to mastermind the wave of violence which saw the MDC-T pulling out at the last minute. He [Mugabe] calculated that that was going to be pivotal in maintaining and keeping the machinery lubricated for the next election [2013] and that strategy, as is now known, yielded the desired outcome.
But there was a catastrophic downside. Unknown to Mugabe was the fact that that was the time when the army and Mnangagwa laid the ground for the power grab project. The idea was to take over in an orderly manner and only resort to a coup (through Mnangagwa) if Mugabe acted in a way that threatened the whole strategy. Whatever means they were going to use to takeover, so they decided, power had to eventually shift to the KGVI (now Josiah Tongogara).
This is how things got to that. When government took a month to announce the 2008 elections results, the army discovered how pathetic Mugabe was after defeat; it was clear to the generals that they were his last and trusted line of defence. It was obvious to them that without the military Mugabe was a sitting duck and so they concluded that they could do as they pleased henceforth. In that regard, they quietly decided to grab power for themselves through Mnangagwa.Advertisement