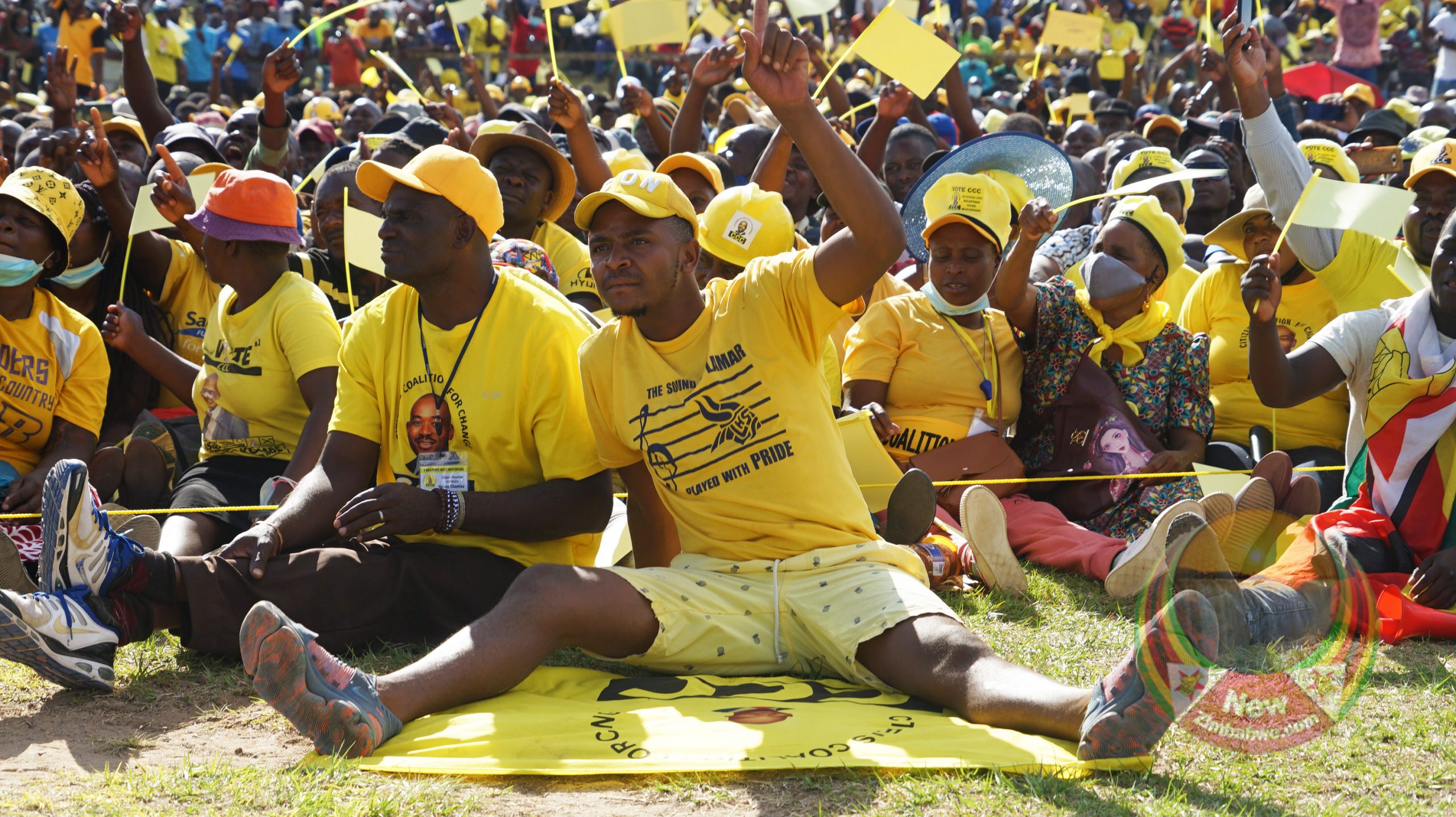 In its latest long-term elections observation update, the Zimbabwe Elections Support Network (ZESN) some people are now avoiding their yellow clothes fearing they could be associated with the CCC led by Nelson Chamisa.

Zanu PF is being blamed for instigating violence against those wearing yellow clothes, according to the report.

“ln some instances, observers noted that even in constituencies where the environment seemed calm, some members of the opposition seemed afraid to publicly put on their party regalia,” the report said.

“In Wedza South, Gwanda South and Chivi Central constituencies people, especially members of the opposition parties, were generally afraid of wearing their party regalia fearing victimisation or being barred from accessing public goods and services,” it reads.

“In Marondera Central, it was reported that one person had been attacked by suspected Zanu PF youth for wearing a yellow T-shirt, whilst in Muzarabani North, Zanu PF chairperson for Takaitanga district allegedly threatened some people for wearing anything yellow.”

In Goromonzi South and Murewa South, it was noted villagers were generally afraid to discuss politics and were attending meetings out of fear of possible victimisation.

“For instance, in Kambuzuma, CCC members were allegedly denied access to a community hall for their meeting.”

Cases of electoral violations were reported in both urban and rural constituencies such as Mudzi South, Kwekwe, Mberengwa West and Lupane West.

“The worst-case that was reported was the altercation between suspected ruling party supporters and those of the CCC party which resulted in the death of one person at a CCC rally in Kwekwe.”

A surge in political campaigns was recorded following proclamation of the March 26 by-elections date.

The campaigns, it was further noted, were marred by alleged partisan conduct by traditional leaders, busing of supporters to rallies and unjustly denying other parties access to public facilities.

ZESN called on the Zimbabwe Electoral Commission (ZEC) to heighten publicity during the second phase of the mobile voter registration exercise to be held from April 11-30. This is after the first phase conducted in February attracted few new registrants.

The Biometric Voter Registration (BVR) exercise is meant to enrol as many eligible citizens onto the voter registers for the 210 parliamentary constituencies ahead of the upcoming boundary delimitation process.

By-elections are scheduled in 28 constituencies and 122 council wards, amid poster graffiti marking renewed enthusiasm by candidates.

In view of the findings, ZESN urged government to ensure national identity documents (lDs) are available to prospective voter registrants.

Politicians were implored to desist from using hate speech and language likely to trigger violence.