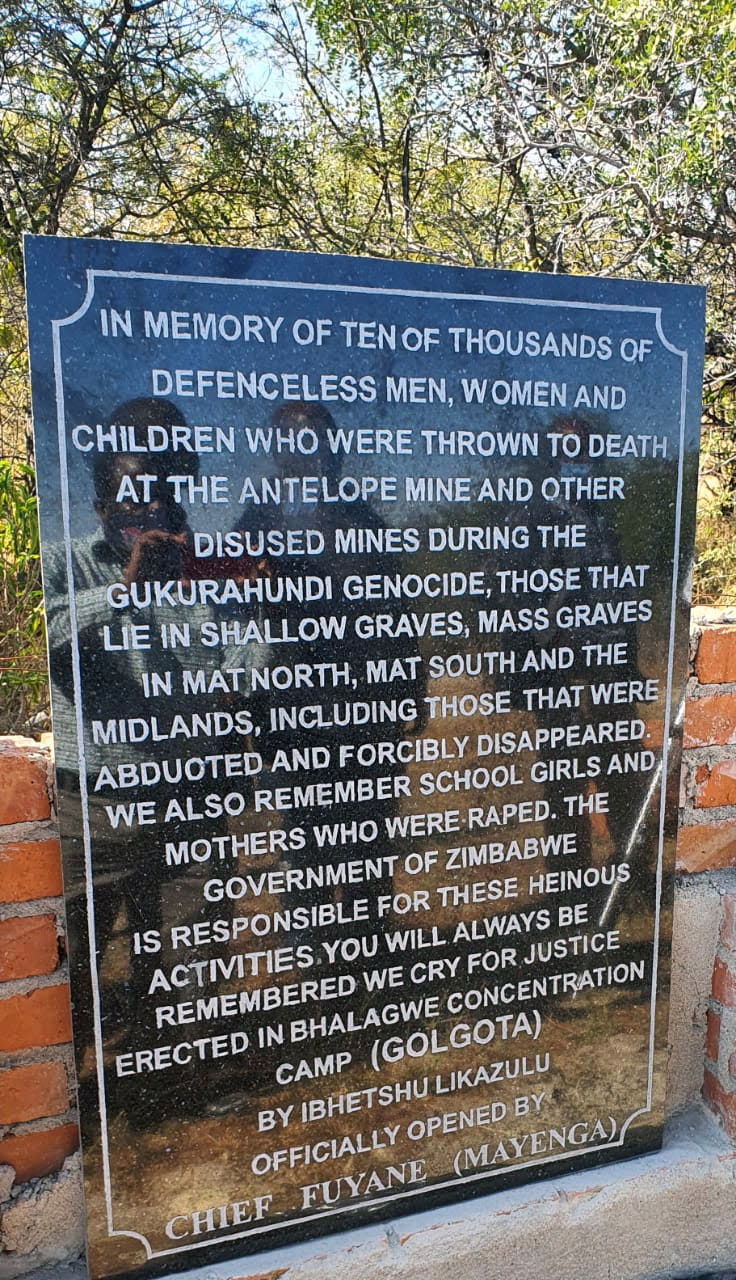 PRESIDENT EMMERSON Mnangagwa has accused unnamed political parties of weaponising the Gukurahundi atrocities in a bid to get political mileage.

He was speaking at the launch of the Gukurahundi community engagement programme at Bulawayo State House Monday.

The President said his government wants peace, accusing “external forces” of working with opposition parties in weaponising the atrocities that claimed an estimated 20,000 people in Midlands and Matabeleland provinces.

“Despite our determination to achieve unity, our nation has not been spared of the divisive machinations of our detractors who seek to drive a wedge between our people, and generally destabilise our country.

“The Gukurahundi issue has provided fertile ground for those who seek to retain us in a locked position of perpetual conflict and acrimony. Some political formations have sought to use the Gukurahundi issue as a political weapon which they deploy in the regions of Matabeleland and Midlands to gain political mileage for selfish political ends,” claimed Mnangagwa.

He further claimed that the politicisation of the 80s mass killings is rampant during the election period.

“You will have noted that whenever we approach elections, external forces using political parties which they control, make a concerted effort to incite citizens to engage in divisive conduct, ostensibly all under the quest of achieving what they term justice for the region.

“I urge you all to be vigilant and to disregard any attempts by any party or grouping to achieve political mileage through the Gukurahundi issue. Never again shall we be divided by those who purport to teach democracy.

“To the external detractors who seek to maintain Gukurahundi as a perennial fountain of conflict, I say to you Lingena ngaphi (Where do you come in),” said Mnangagwa.

He said traditional leaders are the custodians of the country’s culture hence best placed to deal with issues affecting their respective communities in consultation with government.

“On this issue, a decision was made during our collective discussions that Chiefs, as the authority that is closest to the people, should lead the community engagement programme. Our Constitution and customary law empower our Chiefs to resolve conflicts amongst our people in accordance with our traditions and customs,” he said.

He appealed to the traditional leaders to be steadfast in carrying out the task.

“The Chiefs will commence the consultations and dialogue with their communities on historic and other issues affecting their welfare.

“I appeal to the Chiefs as they embark on this very important assignment to diligently carry out their duties guided by principles of Ubuntu. In the same vein, I also appeal to the public to unite behind this noble cause. I urge the affected people and communities to co-operate with our traditional leaders in this process,” he added.

Several Chiefs including the president of the Chiefs Council Fortune Charumbira also attended the meeting.