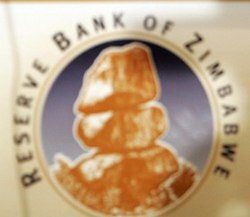 THE disparity between lending and deposit rates in Zimbabwe is widening, dampening the already weak savings culture in the country and a speedy economic recovery, figures from the Reserve Bank revealed.
According to the bank’s weekly economic review, average lending rates were higher for individuals than for corporates, with commercial banks charging an average of 14,16 percent for individuals and 9,45 percent for corporates.
Merchant banks were charging an average of 18,66 percent for individuals and 17,65 percent for corporates.
“At commercial banks, weighted lending rates for individuals and corporate clients increased, partly due to a rise in nominal lending rates that are charged to individuals as well as increased lending to the corporate clients,” said the RBZ.
“Merchant banks’ weighted lending rate for individuals and corporate clients declined marginally, from 18,67 percent to 18,66 percent and from 17,66 percent to 17,65 percent, respectively.”
In a bid to reduce average lending rates, government has been negotiating with banks to reduce their rates to levels below 10 percent per annum to enable them to lend to clients at 10 percent or less.
The African Development Bank (AfDB) said while this was commendable, the challenge was that only a small amount (about 40 percent) of funds are mobilised internally, which means the overall impact on lending rates may be small.
“More measures are still required to address the funding and interest rate challenges facing the economy,” said AfDB.
Local financial institutions have maintained that the high interest rates are a result of the level of risk associated with offshore borrowing which has been expensive.
The difference between lending and deposit rates is extremely high compared to regional levels. The spread between lending and deposit rates for Namibia, Botswana and South Africa is said to be around five percent compared to 15 percent in Zimbabwe.
During the same period the Reserve Bank said transactions processed through the Real Time Gross Settlement (RTGS) system increased to US$821 million in value terms, from US$735 million recorded in the previous week – a three percent volume increase from the previous week.
The Zimbabwean banking system is characterised by liquidity challenges, which has made the cost of money expensive.
Given the nature of the bank deposits, which are currently short-term, bank deposits are skewed and the bulk of the corporates now place their funds on fixed term deposits.Advertisement

Fixed deposits now attract high rates similar to those on the interbank market since there is no lender of last resort.
This scenario renders the bulk of bank deposits to be relatively high since they are fixed compared to savings deposit rates.
Banks still maintain high lending rates because the bulk of their deposits require a high rate on these fixed deposits.