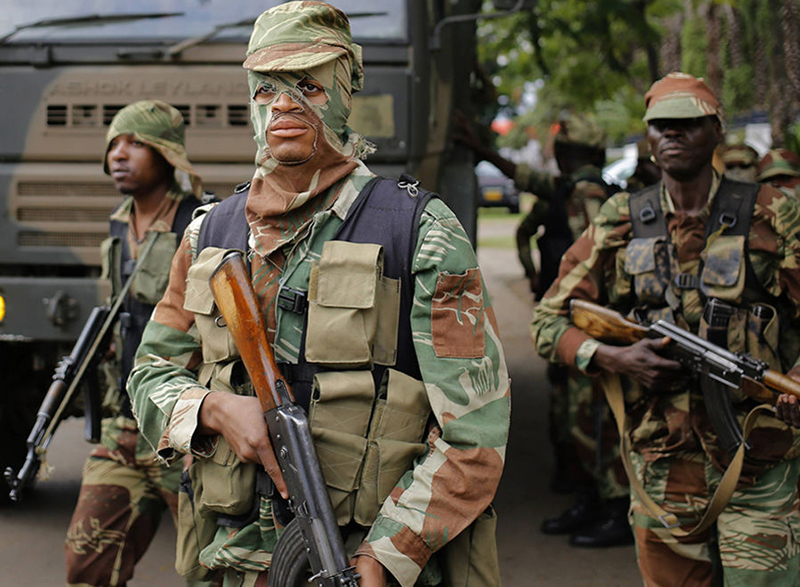 FINANCE minister Mthuli Ncube has been blamed for the rise in armed crimes by members of the military.

MDC Alliance MP Peter Moyo said government’s failure to adequately remunerate them was pushing them into crime in order to survive as the economy continues to nosedive.

Soldiers earn an equivalent of about US$150 if their wage is converted on the common black market rate.

“Crimes being committed by some members of the Zimbabwe Defence Forces (ZDF) shows us that there is something very wrong in the ZDF, these people are not properly remunerated” said Moyo.

“We enjoy the independence that we have today because of these men and women who are protecting us on a daily basis.

“The breakdown of aeroplane tells you that there is something terribly wrong in the ZDF. The ZDF is inadequately funded.

“I take this back to the minister of finance, he is responsible for not properly paying soldiers.”

Tens of soldiers have been arrested over the past two years, for participating in armed robberies.

Moyo’s comments however drew the anger of leade of government business in the House minister Ziyambi Ziyambi who, disputed the claims and told Moyo to speak only “on issues he has knowledge of.”

“It is with regard to the way the honourable member is speaking, he is speaking with authority that there is a co-relationship between the committal of crimes and conditions of service,” said Ziyambi.

“I think he is uttering words that are discouraging the whole defence forces.  He should concentrate on issues that he has full knowledge of as opposed to coming here to proffer an opinion that has not been proved.”