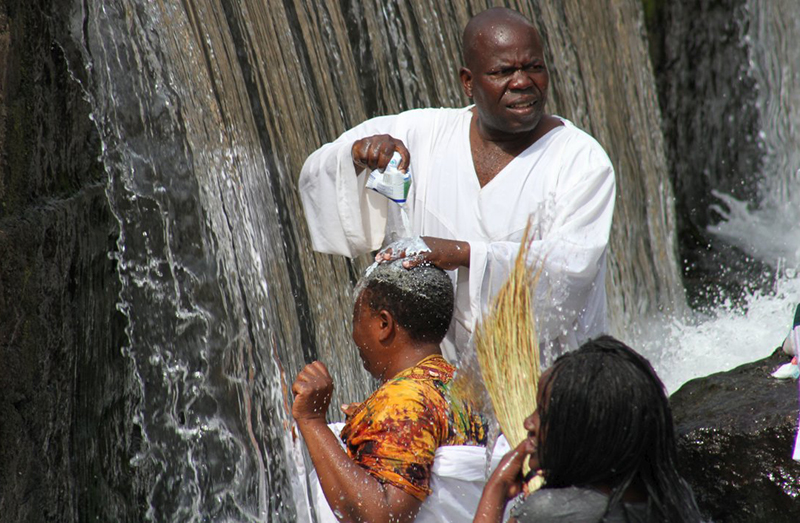 THE Chitungwiza municipality has blocked a popular apostolic healer Madzibaba Stephen from constructing an illegal night club in Zengeza 2 after he had already demolished a bus terminus to build the unauthorised entertainment joint.

Residents in the area had earlier petitioned the local council to stop the popular faith healer whose real name is Stephen Mugariri from constructing the night club.

According to residents in the town, Madzibaba Stephen approached the municipality with an offer to clean up the Zengeza 2 shopping centres and the authorities agreed.

However, the residents were shocked when Madzibaba Stephen went on to demolish a bus terminus and was in the process of constructing his night club before council moved in and blocked the illegal project.

“After visiting the place, we discovered that Madzibaba Stephen is the one who was doing a clean-up exercise and had gone a step further to start some construction that was not approved by council,” Meya said.

“After engaging him, he, however, apologised for his actions and promised to stop any developments on the Zengeza 2 bus terminus.”

Efforts to get a comment from the prophet were unsuccessful, but Madzibaba Stephen who is popularly known across the country for his “back-to-sender prophesies”, made headlines last year when he opened two night clubs in Zengeza and Mhondoro where patrons are attending the two clubs in their multitudes.

He justified the new operations as creating employment and did not feel ashamed about it.

“I have created jobs for a number of people in those businesses and I do not feel ashamed or take it as a sin since pastors do not ask how people at church get their money.

“This is money from heathens that we are collecting to change the lives of those in our community,” Madzibaba Stephen said last year.

Chitungwiza town has for years been rocked with scandals of councillors, land barons and senior council officials illegally selling council land to home-seekers and business people.

Some of the land illegally sold is not suitable for constructing homes as it lies under power lines or on top of sewage pipes. Land set aside for recreational purposes has also been sold to desperate home-seekers.