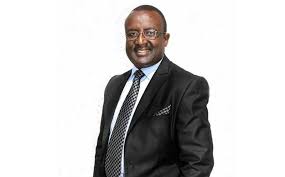 Affectionately known as “The Only ISO Certified MC”, Manyika had turned “Presidential Master of Ceremonies” as he often officiated at functions graced by President Emmerson Mnangagwa where he mesmerised guests with his clean, witty humour.

Noah Manyika, who is running for State Presidency in this month’s elections, confirmed his brother’s death in a post on his Facebook page Thursday.

“My brother Emmanuel Manyika would often jokingly introduce me as the young brother who stole his face because of our resemblance. I am in a state of shock at his sudden passing,” he wrote.

Manyika said he and his brother had been working on a number of projects, among them the recording of an acappella gospel album of songs that they loved.

He said he was disappointed the project will not see the light of day after his brother’s death.

Noah said he found solace in that the work his brother did on earth was not in vain, adding, “we shall together sing songs of everlasting joy with the saints in the place where there is no more sorrow and no more pain”.

Although the cause of death was not immediately known, unconfirmed reports suggest that the talented public speaker could have died of poisoning after he reportedly ingested some poisoned food at a function in Victoria Falls where he was MC.