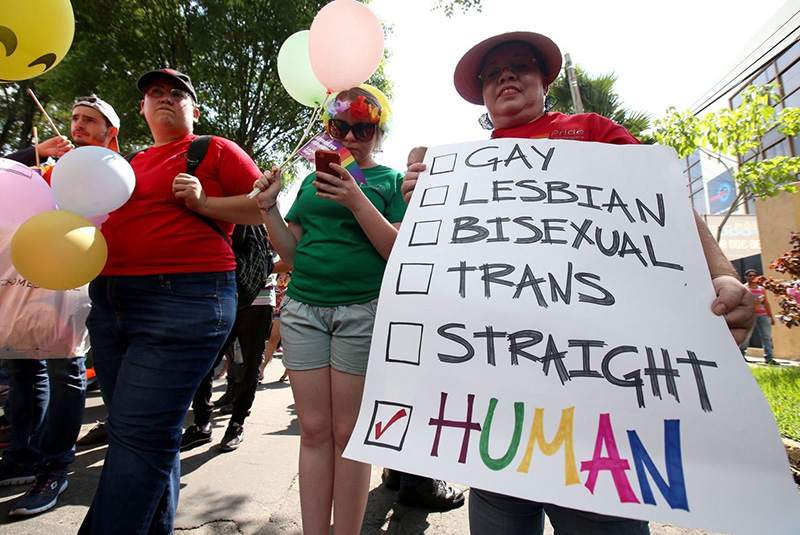 THE deputy head of a posh private Harare high school revealed to staff and students Friday that he is gay in a possible first for a country where homosexuals were once described as worse than dogs and pigs by the president.

Neal Hovelmeier, head of the 6th form at St John’s College, said the decision was aimed at helping curb homophobia at the institution.

Laws criminalising homosexuality in Zimbabwe carry penalties of up to three years in jail, and police often arrest gays, then set them free without bringing charges.

“It’s unnatural, and there is no question ever of allowing these people to behave worse than dogs and pigs.”

In his statement Friday Hovelmeier, “I have always been an intensely private individual but in recent years as I have discharged my duties as Head of 6th Form.

“I have become increasingly aware that a number of former students who gain the confidence after school to pursue their chosen orientation, have reported back to me experiencing an environment of intolerance, intimidation and homophobia while they were at school.

“I have felt increasingly troubled by the fact that we as an institution have never openly dealt with trying to curb homophobic behaviour and, equally, failed to provide a safe learning experience for students who may identify as being gay or bisexual to truly flourish and feel accepted.”

He added; “I simply feel and believe that as an educator I will be able to better address and advance this issue if I am prepared to be fully and open and transparent about it myself.

“I also believe that it is integral to my own sense of personal integrity and professionalism that I deal with all students and stakeholders in an open and transparent manner. My only regret is that I did not make this disclosure earlier.

Hovelmeier was backed by the school headmaster Cav C. Trinci and deputy head A Sakala.

“He is a man of integrity and whose record, over many years at this fine college of ours is unimpeachable,” said Trinci

“It suffices for Mr Sakala and I to say that this college campus is a place where diversity is embraced, and a safe caring environment is provided for all persons regardless of race, religious beliefs, gender, sexual orientation, abilities or disabilities or any other real or perceived differences.”