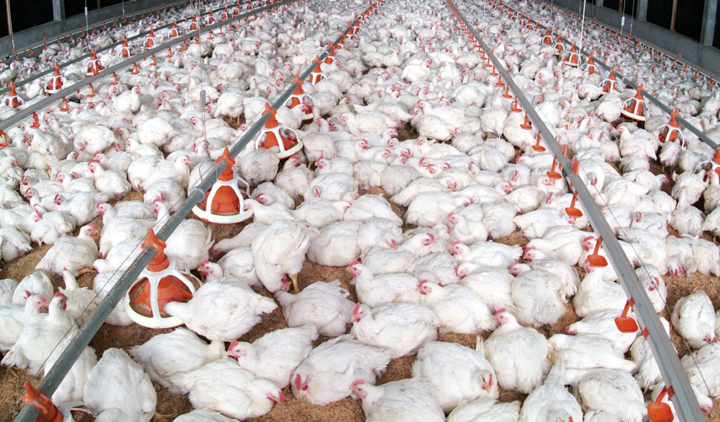 PLAYERS in the poultry industry have cut chicken prices by 23 percent, with indications that the market was flooded by cheap imports, an industry official has said.
Zimbabwe Poultry Association (ZPA) chairperson Solomon Zawe told The Source on Wednesday that while the sector was operating under a harsh economic environment underlined by cash shortages, cheap imports from South Africa and Brazil were threatening the viability of the local industry.
“The poultry industry is collapsing at the moment and there is no business to talk about. Farmers have stocks which they can’t move while abattoirs are full of chickens,” he said.
“Prices have gone down drastically with a kilogramme of chicken now going for $1, 55 from $2. Wholesalers are also finding it difficult because they are selling a kg for $1 because they are failing to move the stock,” he added.
Zawe said farmers had started de-investing to curb further losses, adding that the industry had experienced a similar problem last year.
He urged the government to intervene to save the industry from total collapse.
In 2012, government imposed a duty of $1,50 per kilogramme on imported chicken but this has done little to curb the inflows.
Last year, government introduced a law requiring importers of selected agricultural products, including poultry and sugar, to apply for licences in a bid to control imports that are flooding the local market.
Zimbabwe imports most of its chicken from South Africa and Brazil.Advertisement