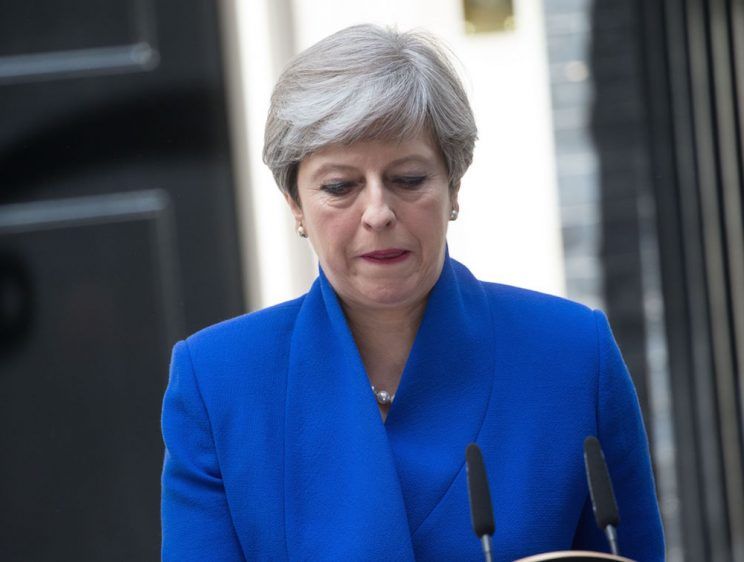 Calling it quits...Theresa May
Spread This News

The British pound wobbled on Friday after Prime Minister Theresa May announced her resignation, while stock markets mostly rebounded as US President Donald Trump offered an “olive branch” to China in their trade war, dealers said.

Sterling sank below $1,27 after May said she would step down on June 7 as prime minister, paving the way for a brutal contest to replace her.

The fall was contained, however, as the likelihood of May’s departure had been mostly factored into prices — although the Conservative party’s choice to succeed her remains an unknown.

“The pound will bounce around here and there but it won’t be going anywhere fast,” Forex.com analyst Fawad Razaqzada told AFP.

“A lot now depends on who will be the next leader of the Tories.”

The currency could face fresh turmoil, with key Brexiteer and former foreign minister Boris Johnson the front-runner to replace May.

Ratings agency Moody’s warned that news of May’s departure “amplifies the uncertainty” over Britain’s withdrawal from the European Union — and “increases the risk of a no-deal Brexit”.

Wall Street’s Dow index was over 100 points higher shortly after the opening bell, offsetting some of Thursday’s losses.

Sentiment brightened after Trump declared that there is a “good possibility” Washington will reach an agreement with Beijing to end their trade conflict, adding that “it’s possible that Huawei would be included in a trade deal”.

Global equities had slumped on Thursday in what one analyst called a “perfect storm” of Europe elections, fresh economic gloom, May’s decision to delay a key Brexit vote and the China-US trade war.

Trump’s remarks have however sparked hope of a breakthrough at the next G20 gathering in Japan next month.

Tensions between China and the US have ramped up ever since Trump banned Chinese telecoms giant Huawei from the US market and prevented American firms from selling to it.

Oil rose Friday, but only made a dent in the huge falls suffered the day before over concerns about the impact of the trade war on energy demand.

Uncertainty on trading floors has also fuelled a rally in bonds this week, with yields on the 10-year Treasury touching their lowest level in 19 months, indicating rising demand for the safe-haven assets.