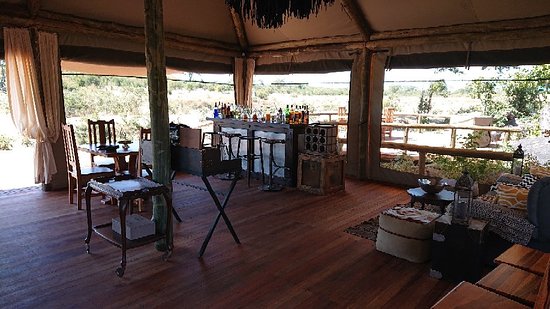 DETE: Some popular safari lodges here Dete area on the edge of the Hwange National Park have been without electricity for the past two weeks following heavy rains that fell electricity poles.

The worst affected are smaller lodges around Dete business centre and some along the railway line from Silewu to the Hwange Main Camp.

The safari lodges popular popular for their game drives, have been closed for the better part of 2020 due to the global, but deadly Covid-19 pandemic.

However, the Hwange Safari Lodge, Gwango and Ganda Lodge were not affected as they are supplied by a different line while some such as Miombo, Elephant Eye are relying on solar and generators for power supplies.

There are fears of loss of business if the problem continues into the Christmas week, safari operators who spoke to NewZimbabwe.com said.

Makwandara councillor Themba Sibanda said an urgent appeal had been made to the Zimbabwe Electricity Supply Authority (ZESA) to speed up restoring power supplies in the area.

“Most places are in darkness because of the poles that fell as a result of rains. Some of the poles are old and damaged by termites hence they need to be replaced. The situation is affecting business as shops and lodges are without power,” said Sibanda.

The clinics and schools are not spared from the power blackout.

“As we speak there is no water at the Dete compound because pumping is dependent on electricity availability. We fear for a health hazard if this is not addressed as a matter of urgency,” said Moyo.

ZESA technicians have been replacing some of the poles with the hope of restoring electricity soon. The villagers also said they fear being electrocuted as the power cables are precariously lying on the ground.