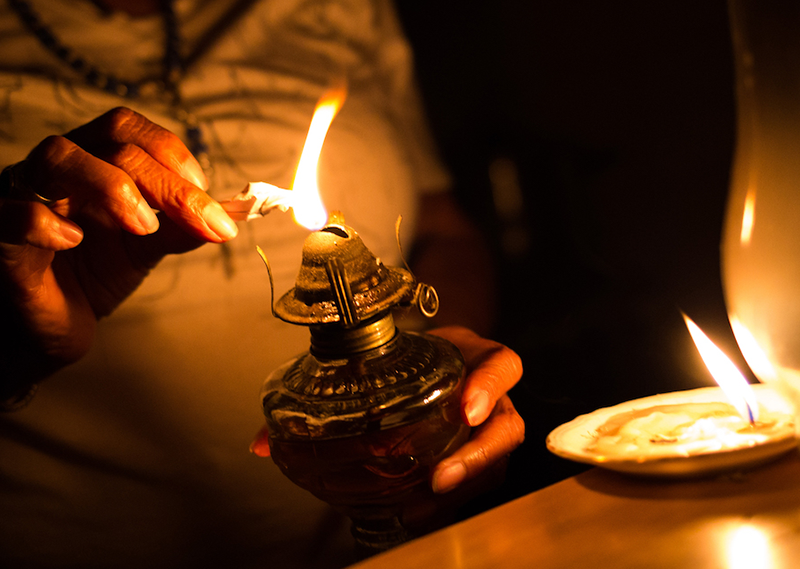 HARARE: Zimbabwe is experiencing prolonged daily power cuts that have affected the lives of ordinary citizens.

The acute power shortages, which started at the beginning of December, have dealt a big blow to many people in urban areas as they prepare for the festive season.

“After several years of subdued celebrations due to COVID-19, we hope that this year we will have more fun and joy as we celebrate Christmas and New Year. But the power shortages have made our preparations difficult,” said Veronica Moyo, a Harare resident.

“I cannot stock up on meat and other perishables, so I have to buy those kinds of food in small quantities,” said Moyo.

Moyo is among many Harare residents who cannot afford generators or solar systems to fire up their homes because of prohibitive costs.

Maxwell Mupunungwa, another Harare resident, said he will travel with his family to his rural home in Seke District during the festive holiday to avoid the inconveniences of power cuts.

People in rural areas, where access to electricity is also limited, have traditional methods to preserve meat and perishable food as well as keep bottled beer cold.

“I think I will enjoy my holidays better in my rural home. Firewood for cooking is readily available, and smoking meat is one of the old forms of food preservation. As for beer, I will simply bury bottles and cans of beer in cool, damp soil to keep them cold,” Mupunungwa said.

Partygoers and those who want to enjoy music during the holidays are investing in generators, Bluetooth speakers, and power banks.

Zimbabwe is facing acute power shortages that have seen residents in urban areas going for up to 18 hours per day without electricity.

The shortages are due to low water levels at the country’s biggest hydropower plant, Kariba South Power Station, frequent breakdowns at another major thermal power plant, Hwange Power Station, and a dearth of hard currencies to import additional power.

Zimbabwe’s electricity generation is hovering around 600 MW per day, against a daily demand of around 1,600 MW.

Some Harare residents hope that power supplies to residential areas will improve in the short term owing to reduced demand from companies and industries that have closed for their annual shutdowns.

In the meantime, the country is waiting to successfully roll out an additional 600 MW from the Hwange Power Station in the first quarter of next year, which would substantially improve the country’s power supplies.

Water levels in the Kariba Dam are also expected to have picked up during the first quarter of 2023 to allow for increased power generation at the Kariba South Power Station, where generation has fallen by half to 300 MW.