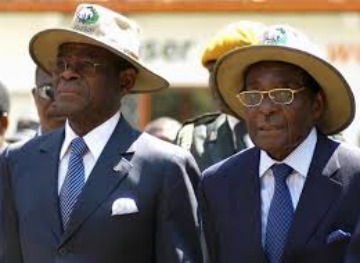 WHEN a nation perceives participation in active politics as the sole gateway to success in all forms of human endeavour then that nation is doomed to collapse.
Without developing a trans-generational paradigm shift in the manner in which nation-building is conceptualized failure will, inevitably, become the only option.
Africa has stagnated in matters of socio-economic and political development mainly because the founding mothers and fathers of the modern-day African nation state largely failed to locate Africa beyond the mere acquisition of political independence from the former colonizers.
Intoxicated by the euphoria of independence and largely unmindful of the unfinished agenda of real and substantive nation-building, the average African country, soon after attaining independence, quickly slid into a downward spiral of profligacy, kleptocracy, tyranny and general socio-political degeneration.
Thus, the prototype of a typical post-independence African nation state is a country full of strife, civil commotion and human misery.
Of course, the former colonizers have sought to exert control on the development trajectory of post-independence Africa by ensuring that the global trading environment is hugely tilted in favour of the developed world.
The global financial architecture is also firmly under the control of the G8 countries who will, naturally, always ensure that Africa’s development needs are subordinated to the economic and financial priorities of the developed world.
Africa has been caught up in some form of catch 22 situation; a state of affairs where Africa is full of natural resources which it cannot develop without engaging the developed countries and on the other hand, the developed countries themselves are extremely worried about the prospect of an  economically resurgent and united Africa.
I am acutely aware of the manoeuvrings of neo-colonialism, neo-imperialism as well as socio-cultural imperialism.
In the same breath, I refuse to buy the argument that Africa has failed to develop economically and politically simply because of the evils I have just mentioned.
I agonise each time I hear or read about political strife and human misery in any African country. Whilst I appreciate the evil machinations of neo-liberalism and cultural imperialism, I am quick to accept that the destiny of Africa is largely in our hands as Africans.Advertisement

Put alternatively, Africa has to introspect and plan her own survival strategy. Development should not and will not be donor-driven and neither will it come without us, the Africans, driving our own development agenda.
The days of plundering Africa’s resources and stashing ill-gotten loot in Western cities such as Rome, London, Paris and Milan should be a thing of the past. Africa needs leaders and not rulers. Indeed, Africa is too rich to be poor.
A predatory state is obsessed by power retention as an end in itself. In this kind of nation state, political power is ruthlessly used to suppress any dissenting voices and also to concentrate wealth in the hands of the small privileged elite.
This elite is notorious for its greed and rapacity.
Always scared of losing political power and, therefore, access to ill-gotten wealth and economic power, this small elite is extremely unpopular but at the same time, it will always endeavour to maintain a vice-like grip on the levers of State power.
To some of us, this is Africa’s biggest tragedy.
It is the deficit of good governance that has largely driven Africa into a state of political strife and human misery.
From Cape to Cairo, Africa is largely populated by hungry and angry citizens. My blood runs cold when I realize that 100 million of the world’s poorest people are found in Africa.
Africa has been branded as a continent in perpetual strife and misery.
Afro-pessimism pervades all the global mainstream media such as CNN, BBC, Sky News and to some extent, even Al-Jazeera. On our part, what have we done as Africans, to rebrand our continent?
To paint a picture of hope where there is despair; to portray an image of unity and joy where there is human suffering, war and disease? The future of Africa is in our hands. None but ourselves are going to retrieve Africa from this precipice of misery and hopelessness.
Let me take this opportunity to challenge those of my generation, and also the generations that have come and that will come after us, to repackage and rebrand Africa as a continent of hope, development and vibrancy.
We, as the New Africans, should refuse to solely locate Africa’s misery on the evil machinations of our former colonizers and the erstwhile imperialists.
We are the New Africans. We are forever grateful to the earlier generations who took up arms and fought the colonizers in order for us to attain independence.
But we will not stop to blame our former liberators if they start to imagine that they, and they alone, have a monopoly of wisdom and, therefore, only they should hold the passport to rule us until donkeys grow horns! As I have already alluded to above, the New African wants leaders and not rulers.
In Shona, we say ” tinoda vatungamiriri, kwete vatongi.” Thus, without adopting a trans-generational paradigm shift, Africa will forever remain the world’s most under-developed continent.
The politics of power retention will drive us to more strife and human misery; it cannot and will not take Africa in general and Zimbabwe, in particular, to the next level.
We need a new brand of politics; indeed we need an African renaissance.
The politics of development should be in vogue.
We should forever renounce the politics of violence, thuggery and intolerance.
The politics of ” tsvimbo mugotsi” should be confined to the dustbin of history; because that is precisely where they belong. We are the New Africans. We have a new and refreshing vision for Africa. The destiny of our wonderful motherland is in our hands.
And we are not going to disappoint.