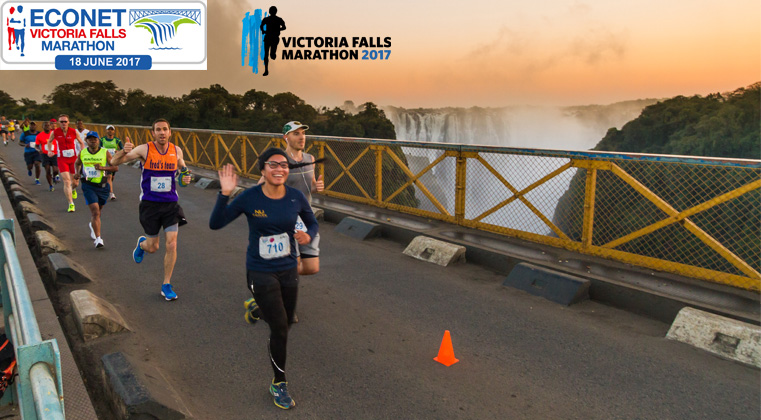 PREPARATIONS for the 2020 Econet Victoria Falls Marathon have begun with organisers saying the annual event will be held July 5.

There is no change to registration fees with the full marathon of 42.2km and half marathon of 21 km pegged at between US$15 and US$60.

Zimbabwean citizens will pay US$15 while those from countries such as South Africa, Zambia, Namibia, Botswana, Mozambique and others in the Sadc region will pay US$30 each.

Internationals have to part with US$60 while fun runner will fork out US$5 each.

Entry fee for the team relay sponsored by Steward Bank is US$25 per team for two.

Minimum age for full and half marathon remains 18 years while 10-year-olds wishing to participate in the fun run must be accompanied by an adult.

In a statement, organisers of the event said online registration was now open.

Blanket Mine runners have dominated the event although with a bit of a challenge from Black Rhinos and Zambian athletes.

In the females 42km category, Felistas Chitoshi was the winner after finishing in two hours 52 minutes and 31 seconds, ahead of veterans Chiyedza Chokore and Tabitha Tsatsa who romped home in two hours 58 minutes and 2 seconds and three hours six minutes and six seconds respectively.

A total of 3 518 runners from 43 countries including Zimbabwe took part last year.