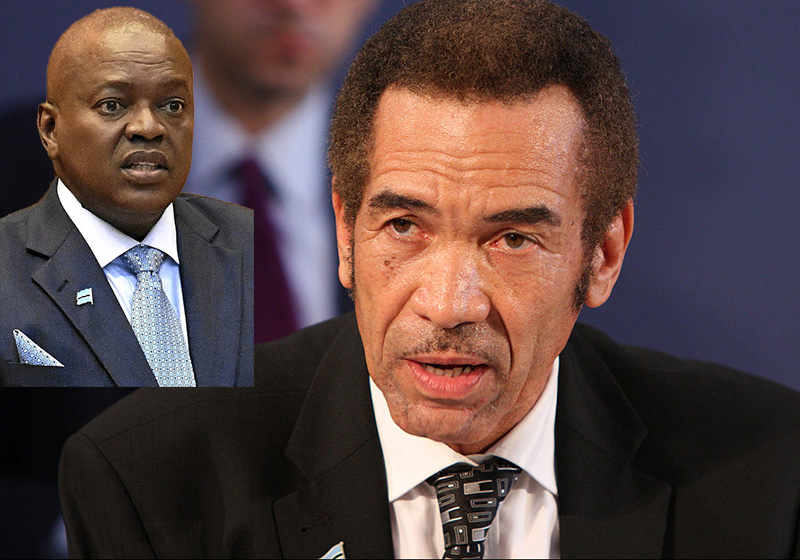 Botswana President Mokgweetsi Masisi has used his first state-of-the-nation address to openly attack his predecessor Ian Khama in an unprecedented clash in a country that prides itself on stability.

Masisi, who was hand-picked by Khama, took power in April when Khama stepped aside after serving the maximum 10 years in office.

But the two men have since fallen out in a public spat that threatens to undermine Botswana’s carefully-crafted reputation for stable government.

“Batswana are all aware that the transition from the previous administration has not been as smooth as expected,” Masisi said in his keynote address to parliament on Monday, using the term for the people of Botswana.

He said he had tried to “smoothen the process” by appointing senior politicians to negotiate with Khama.

“I regret to announce that their efforts have not borne fruit,” Masisi said, adding that a central cause of friction had been Khama’s retirement entitlements and pension.

Khama hit back on Tuesday, saying his successor’s speech was “regrettable” and accusing the government of being “engaged in actions against” him, without giving further details.

He said he was keen “to resolve this undesirable situation.”

The former president has reportedly been enraged by Masisi’s refusal to let him use government planes, while state media have been instructed not to feature Khama.

The two men have also battled over the former boss of the Directorate of Intelligence and Security (DIS) Isaac Kgosi, who was sacked by Masisi for insubordination.

Khama, 65, has sought to employ Kgosi as his private secretary but has been blocked by Masisi.

Masisi, 57, served as vice president to Khama, and the handover of power came ahead of parliamentary elections due in 2019.

Botswana prides itself on good governance and rule of law, and is widely seen as an African success story that has made good use of its lucrative income from diamond, beef and tourism.

It is rated as the least corrupt country in Africa by Transparency International.

“It is because of the peace and tranquillity that our leaders have sustained for so long that (we) have continued to enjoy relative prosperity,” Masisi said after taking his oath in April.

Both men are veterans of the ruling Botswana Democratic Party (BDP), which has held power since independence from Britain in 1966.

Four opposition parties have said they could unite for the 2019 election to try to unseat the BDP.