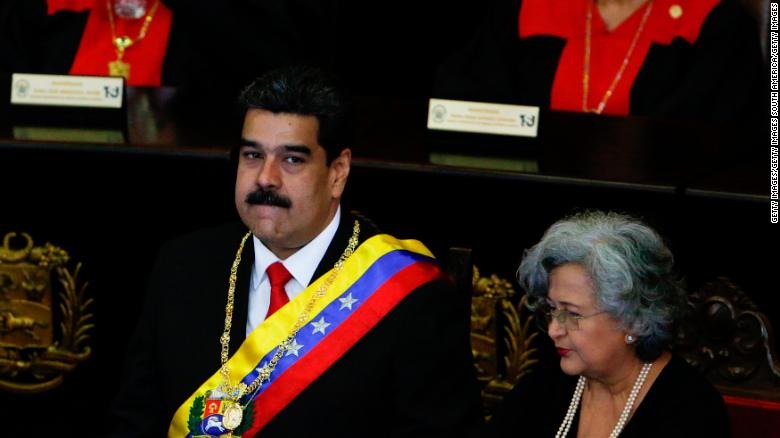 President Nicolas Maduro has decided to close Venezuela’s embassy and all its consulates in the United States after the Trump administration recognized the opposition leader as president.

Speaking at Venezuela’s Supreme Court on Thursday, Maduro said diplomats and consulate personnel will return to the Latin America country by Saturday.

Maduro reiterated his decision to cut diplomatic ties with the US during a lengthy speech that aired live on state broadcaster VTV . He continuously slammed President Donald Trump, among other top US officials.

All non-emergency US employees were ordered to leave Venezuela on Thursday, according to a security alert.

The move comes after Secretary of State Mike Pompeo had brushed off Maduro’s order that US diplomats leave the country and they had been restricted to travel within a few neighborhoods in Caracas.

The US Embassy in Caracas opened Thursday but all visa appointments were canceled.

The head of Venezuela’s opposition-led legislature, Juan Guaido, declared himself acting president Wednesday, sparking a mounting political crisis inside and outside the Latin American country and setting the stage for a struggle for its future.

At least 13 countries, including the United States, said they’ll recognize Guaido, but Maduro seized on the US actions. He’s accused the United States of backing an attempted coup, ordered the end of political and diplomatic ties with Washington and gave US diplomats 72 hours to leave the country.