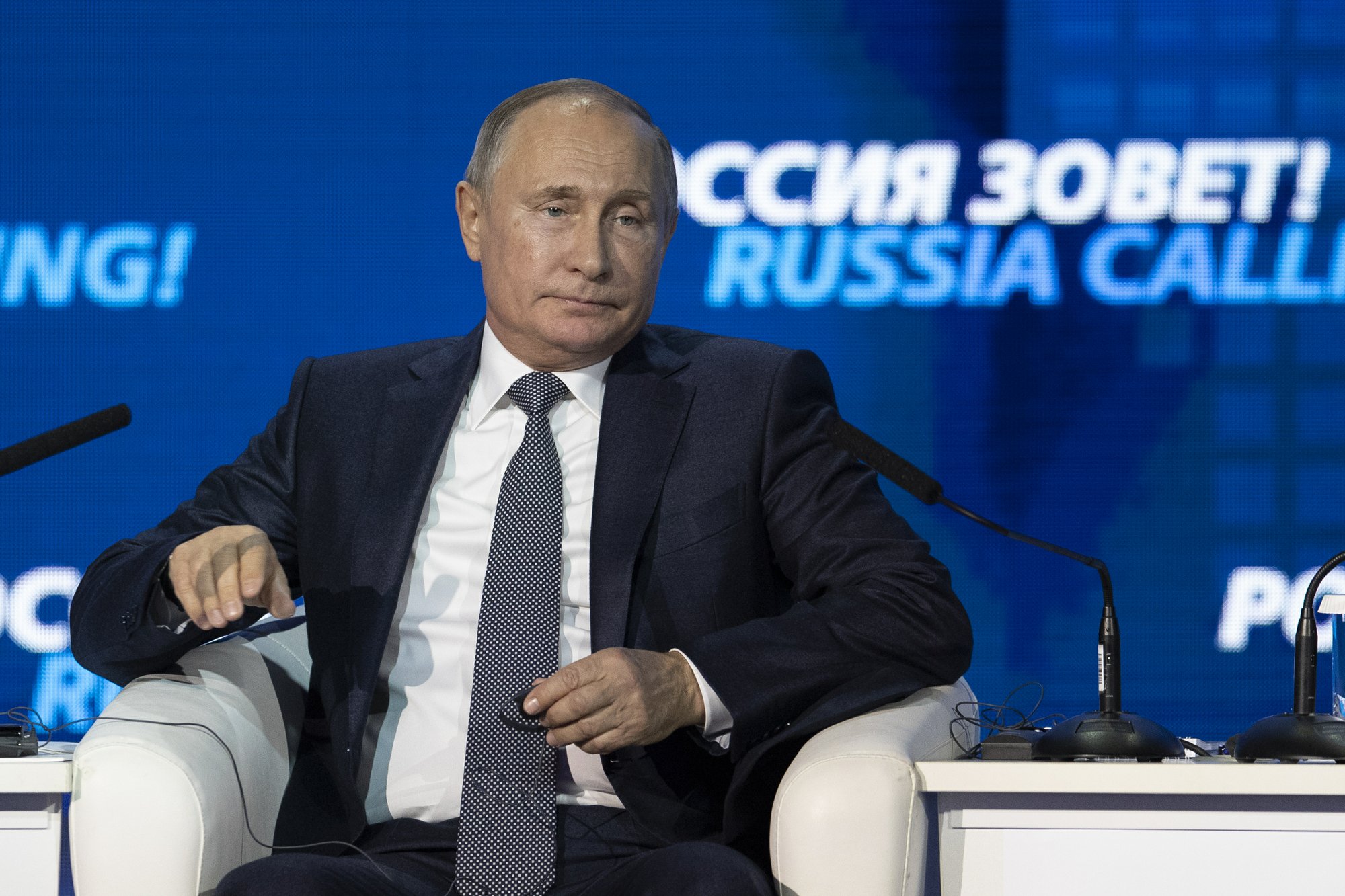 MOSCOW: President Vladimir Putin says that Russia has been forced to reduce its dependence on the U.S. dollar because of American political pressure.

Putin said at a business conference Wednesday that “it’s not us who set the goal to go away from the dollar. It’s the dollar that goes away from us.”

He charged that the U.S. has hurt itself by trying to use the dollar as a political weapon, saying it has “shot itself not just in the foot, but a bit higher.”

Putin said the U.S. restrictions have encouraged Russia and others to seek alternatives to the dollar in mutual trade, and create payment systems that don’t depend on the dollar.

He noted that Turkey has recently paid in rubles for Russian S-400 air defence systems.