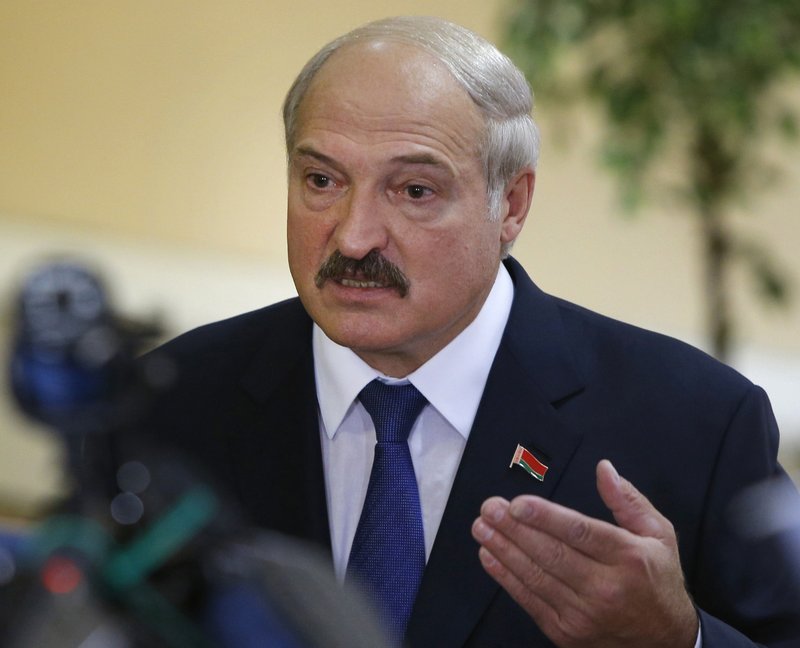 MINSK: The authoritarian president of Belarus has rejected a prospective law against domestic violence as Western “nonsense,” saying that physical punishment could be “useful” in raising children.

President Alexander Lukashenko said a draft bill criminalising domestic violence needs more work. He told journalists Friday that he is personally against the physical punishment of children, but added that a “good belting could sometimes be useful for a kid.”

“It’s just nonsense taken from the West,” he said. “We will proceed exclusively from our own interests, our Belarusian Slavic traditions, and our life experience.”

The president cited his own experience, saying he frequently punished his oldest son and that served as a good lesson for his younger son.

Lukashenko has ruled Belarus with an iron hand for 24 years, maintaining rigid Soviet-style controls over the economy and showing little tolerance for dissent or independent media.

The Belarusian leader has often lashed out against the West, especially for its approval of same-sex marriages. He said Friday that “they will soon have no families left, with men marrying other men.”

The prospective bill was drafted by the Interior Ministry and Lukashenko’s own administration, but Lukashenko said other organisations should have a say in creating the law.

The Orthodox Church has criticised the domestic violence bill. Pavel, the Metropolitan of Minsk, has said that “parents mustn’t be deprived of the right to raise their children.”

The Catholic Church in Belarus also has spoken against the document, with Tadeusz Kondrusiewicz, the archbishop of Minsk, urging Lukashenko in an open letter to “be guided by national interests and spiritual values of the Belarusian people and not to follow disastrous secularist trends and gender ideology leading to the destruction of traditional family.”