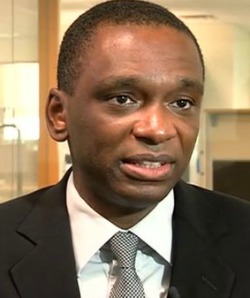 ANGOLA on Friday appointed one of President Jose Eduardo dos Santos’ sons to chair its $5 billion sovereign wealth fund, a move likely to raise further questions about transparency and nepotism in Africa’s second-biggest oil producer.
Angola launched the fund in October to invest in domestic and overseas assets by funnelling oil wealth into infrastructure, hotels and other projects to diversify its economy outside the energy industry.
Analysts welcomed the move at the time, saying it could help Angola protect itself from oil price shocks by cutting the state’s dependence on crude revenues, which represent around 45 percent of output.
However, the appointment of Jose Filomeno dos Santos to the fund’s board drew criticism from opposition parties and civil society activists. His promotion to lead the fund is likely to be met with a similar response.
President Dos Santos, who has been in power for 33 years and last year secured a new five-year term, has long been accused of avoiding public scrutiny, doing too little to fight corruption and mismanaging revenues.
The fund also said the government had approved its much-delayed investment policy, which was initially due to be announced by the end of March.
“The approved policy, along with our commitment to accountability and transparency, will ensure that we make the best and most considered investments that support the country’s long-term economic future,” Jose Filomeno dos Santos said in a statement.
The fund said half of its investments would be in cash, developed market equities and bonds issued by sovereign agencies, supranational institutions, investment grade companies and financial institutions.
The remainder will be in high-yield emerging market assets. Its first focus will be on the hotel sector in Africa, while it will also commit 7.5 percent of the funds to social projects to improve access to education, healthcare and energy, it added.Advertisement