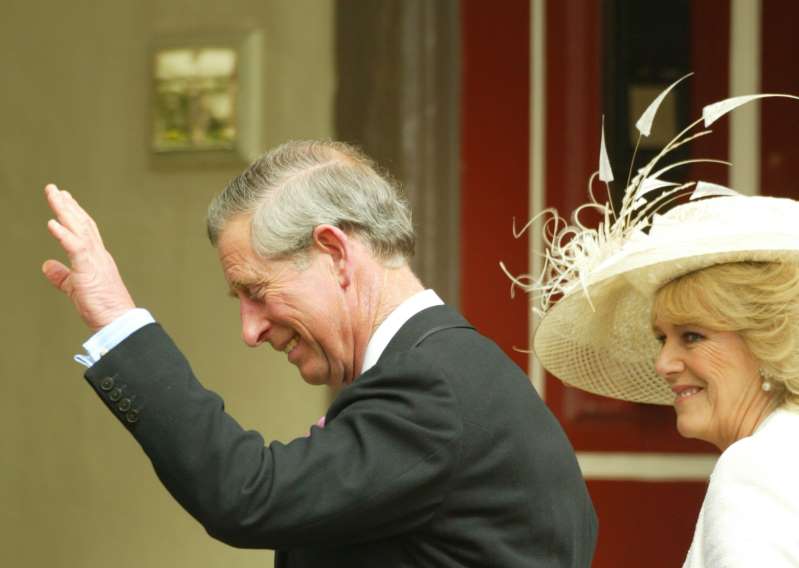 Prince Charles and Camilla Parker Bowles received a warm welcome in the Gambia on Wednesday.

The royal couple is in the Gambia to kick off their 9-day tour of Africa. Upon their arrival at the Banjul International Airport, the Duke and Duchess of Cornwall were greeted with a ceremonial welcome from dancers in colorful dresses and a long line of dignitaries.

Adama Borrow, the president of the Gambia and one of his wives were there to witness the arrival of Prince Charles and Bowles. The Duchess of Cornwall was photographed in her white kaftan embellished attire with gold embroidery and matching wide-leg trousers. Prince Charles, on the other hand, wore his usual blue suit and pants.

After their arrival, Prince Charles and Bowles headed to the McCarthy Square in the Capital City of Banjul. They watched a cultural performance at the Coco Ocean Hotel.

Prince Charles and Bowles will be in Africa on behalf of the British government on their tour. They will also visit Ghana and Nigeria while they are there. The couple will return to London before Prince Charles’ 70th birthday on Nov. 14.

According to the Clarence House, Prince Charles’ visit to the Gambia will highlight the key role that the center plays in the global fight to eliminate malaria. He and Bowles will also visit the Gambian Armed Forces Training Center, where troops are trained for their role in the United Nations.

Bowles will also drop by a school to meet young people aspiring to enter the Queen’s Commonwealth Essay Competition. The competition is the world’s oldest school’s international writing competition, that has been managed by the Royal Commonwealth Society since 1883. On Nov. 2, the royal couple will start their tour of Ghana.

“Their Royal Highnesses will celebrate the UK’s historic ties with these three Commonwealth nations, and also our dynamic contemporary partnerships with each of them in an area ranging from business to the arts, defense cooperation to medical research. The tour will also highlight the people-to-people link between our countries and the invaluable contribution they make to our shared prosperity and security,” Scott Furssedonn-Wood, Prince Charles’ deputy private secretary said (via Daily Mail).