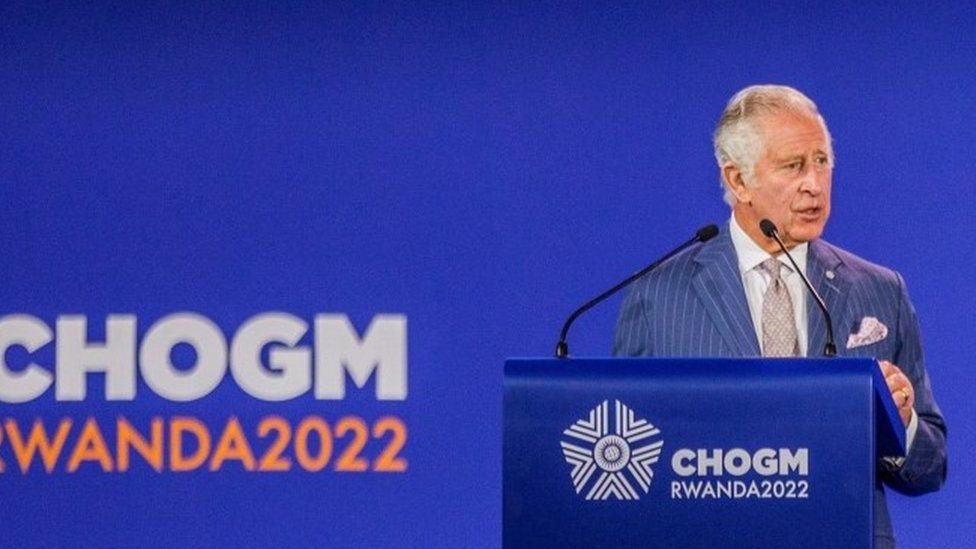 Prince Charles has told Commonwealth leaders he cannot describe “the depths of his personal sorrow” at the suffering caused by the slave trade.

Speaking in Rwanda, he said the potential of the family of nations could only be realised by acknowledging the wrongs that had “shaped our past”.

Charles added it was up to states to decide if they remained monarchies or became republics in the future.

He also met the PM after reports he had criticised the UK’s Rwanda asylum plan.

Some 54 countries are members of the Commonwealth, of which the Queen is the head.

The summit of leaders was postponed in 2020 and 2021 because of the pandemic and has not been held for four years.

Prince Charles – who is representing the Queen at the Commonwealth Heads of Government Meeting (Chogm) – described how he was on a personal journey of discovery and was continuing to “deepen my own understanding of slavery’s enduring impact”.

He said he was aware the roots of the Commonwealth organisation “run deep into the most painful period of our history” and said acknowledging the wrongs of the past was a “conversation whose time has come”.

“I cannot describe the depths of my personal sorrow at the suffering of so many.”

The Prince of Wales also told leaders their diversity was a strength they could use to “speak up for the values which bind us”.