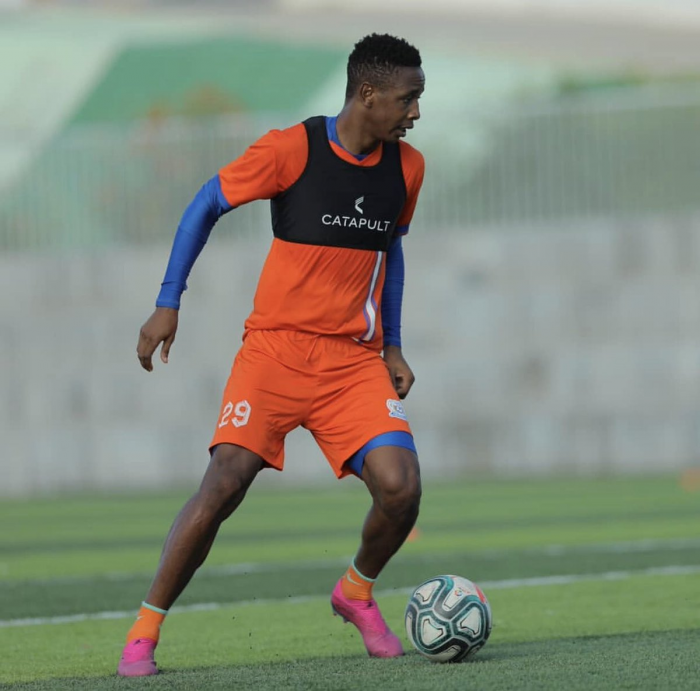 WARRIORS striker Prince Dube has returned to training at Tanzanian club Azam FC after recovering from a broken ulna bone on his left arm.

The free-scoring 23-year-old Zimbabwe international has been sidelined since suffering the fracture in a league match between his club Azam and Young Africans in the Tanzanian Vodacom Premier League in November last year.

Dube underwent a successful operation on his forearm at the beginning of December in Cape Town, South Africa.

Prior to the injury the former Highlanders forward had begun his career in Tanzania in blistering form, with six goals in as many matches and was voted the Vodacom Tanzania Mainland Premier League Player of the Month for September.

Azam confirmed that Dube was back at training after being sidelined for six weeks.

“Our striker, “(Prince Dube) @princemgadafi, has officially started competitive training with his teammates on Thursday after recovering from injuries to his left arm that sidelined him for six weeks,” posted Azam on Twitter.

Dube will be hoping to continue from where he left off when he returns from the injury setback. Azam play their next match against Coastal Union away on Saturday.

Chikwende caught the eye of the Tanzanians when he played a starring role in FC Platinum’s 1-0 win over Simba SC in the first-leg of the CAF  Champions League first round tie at the National Sports Stadium in Harare last month. Azam is also home to two other Zimbabweans, Bruce Kangwa and Never Tigere.