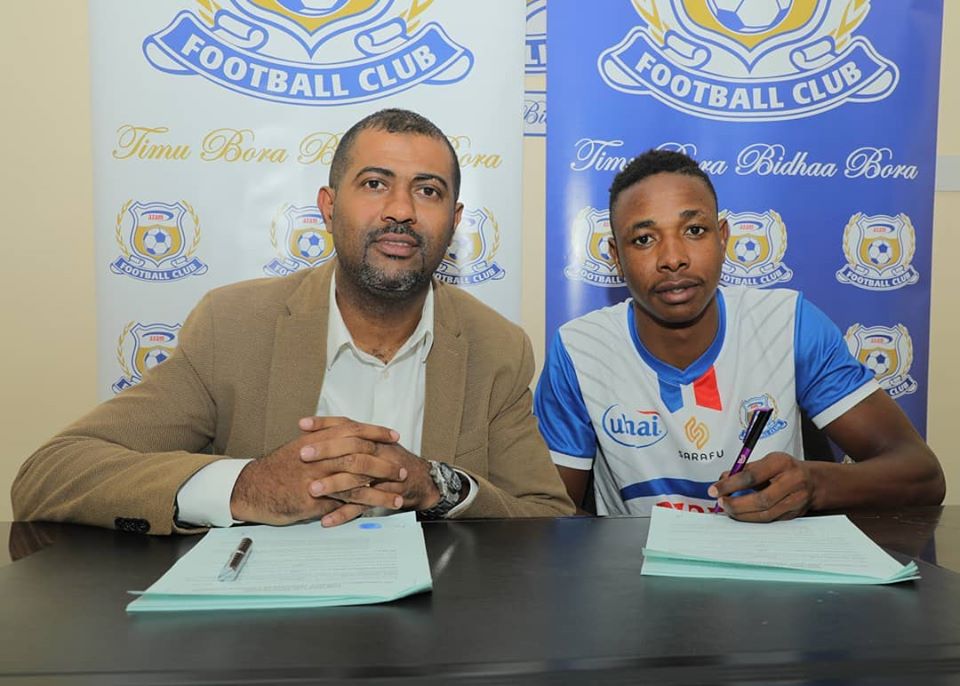 ZIMBABWE international Prince Dube has penned a two-year contract with Tanzanian side Azam after passing his medicals on Monday afternoon.

The former Highlanders forward left the country at the weekend following the conclusion of protracted negotiations between Azam, his handlers and Bosso.

His manager Gibson Mahachi confirmed that Dube has signed a two year contract with the Tanzanian topflight side.

“Prince Dube arrived in Tanzania on Saturday. He signed a two-year straight contract with Azam. He got a good contract and we hope to see the player doing well in the Tanzanian Vodacom Premier League,” said Mahachi.

Azam released pictures of the 23-year-old Bulawayo-born player undergoing a medical. He was later presented to the Tanzanian media during a presentation ceremony by the club’s chief executive Abdulkarim Amin.

The club later released a statement confirming the signing of Dube.

“Azam FC, we are happy to inform you that we have completed the registration of Zimbabwe international attacker, Prince Dube after signing him from Highlanders FC.

“Dube who is one of Zimbabwe’s dangerous attackers is part of the national team and will strengthen our attack. Azam FC’s technical team under head coach, Aristica Cioaba, is greatly satisfied with his ability and they were following his progress before deciding to sign him,” Azam said in a statement.

Dube will reunite with ex-Bosso teammate Bruce Kangwa at the ambitious Tanzanian side ahead of the 2020/2021 season. Azam are also home to another Zimbabwean, Never Tigere.

Last season, Dube was crowned Soccer Star of the Year second runner-up during the end of season awards.

The former Zimbabwe Under-23 captain has attracted the attention of two unnamed clubs in France but could not make it to Europe for trials due to Covid-19-induced travel restrictions.

He has finally settled to play for Azam in Tanzania with part of the arrangement allowing him to travel to Europe when the France deals beckons.

Dube’s move to Tanzania is his second stint outside the country after a disappointing spell in South Africa where he struggled during stints with SuperSport United and Black Leopards before returning to Bosso last year.